Congress vice-president Rahul Gandhi will visit Odisha next month and address a rally in Bhubaneswar. 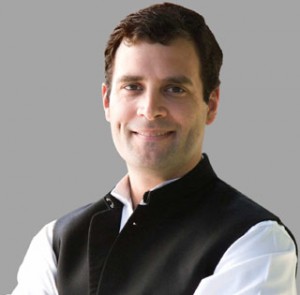 According to Odisha Pradesh Congress Committee president Jayadev Jena, a decision about the proposed visit of the Congress vice-president was taken when he met Mr.Gandhi in New Delhi on Monday.

Mr.Gandhi will also address a press conference in Bhubaneswar during his day-long visit.The date of Mr.Gandhi’s visit will be finalised soon, Mr.Jena said.

Mr.Jena has invited Mr.Gandhi to Odisha to strengthen the party ahead of the Lok Sabha and Assembly polls.

Meanwhile, a two-day media workshop of Congress was inaugurated by Mr.Gandhi here on Monday.

In his inaugural address, Mr.Gandhi stressed the need for strengthening the party’s communication strategy ahead of the Lok Sabha elections.

Stating that the opposition’s propaganda against the Congress-led government at the Centre needs to be tackled, the Congress vice-president urged the participants to focus on positive politics.

The Congress is planning to launch Khidkee.com, a social networking site to circulate the party’s views on various issues by involving the youths of the country.

The party has decided to reach out to the masses by using the social networking sites to counter similar initiatives undertaken Gujarat Chief Minister Narendra Modi.

The party has asked its spokespersons in different parts of the country to use Khidkee and social networking site to stay in touch with each other as well as the members of the public at large.