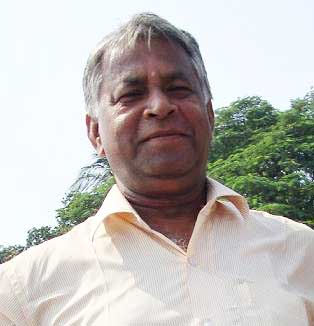 Odisha Channel Bureau Kendrapara, July 9: A retired government servant is on a pious job.With missionary zeal, the 60-year-old man has successfully motivated over 3,000 persons towards a noble mission.They have given written nod towards the noble mission of eye donation.Thanks to motivational skill of Nrusingha Nath, the prospective donors are imbibed with the spirit – ‘Donating eyes to visually impaired persons is no less than infusing new lease of life’.As many as 3,268 persons from Kendrapara, Jajpur and Jagatsinghpur districts have volunteered to donate eyes by signing the consent letters.“It’s heartening indeed to note that more and more people are now evincing interest in this noble task.Two blind persons could see the light of the day on 19 November.Relatives of an 87-year-old man willingly turned donors of the deceased’s eyes.The corneas were transplanted successfully on two visually impaired persons.The blind persons have now regained vision,” Nath, a native of Derabish near here, described.Nath was a perturbed man with indecision haunting him how to spend the retired life.His visit to a shelter home of visually impaired children changed his mindset.“After the visit last year, I could feel the plight of blind people.Thought of helping out the vision-less people stirred me.I conveyed my longing with the Bhubaneswar-based Drushti Dan eye bank.They taught me the pros and cons of eye donation.Since then, I have carried on the campaign for eye donation.The eye bank personnel have extended cooperation and help whenever I sought”, Nath, the retired government officer narrated.The man on a mission has managed to convince people with signed consent letters from them for eye donation.“Initially I faced many hurdles.Few evinced interest in giving new life to the visually impaired.A lot of stigma was associated with it.There was lack of awareness.Many thought that donation would disfigure the donor’s face.It was a sentimental issue.People hold misconception that entire eyeball needs to be removed for eye donation,” he recalled. It is the period of mourning and grief for relatives following the death of kin.Many are found disinclined towards removal of cornea in these hours of distress.But the corneas are fit for transplantation only six hours within the death of the donor.As I found people hesitant, I made a shortlist of persons with whom I had close acquaintance.They were easily convinced to sign on consent letter.Later awareness campaigns and meetings were organized to motivate people.Things hardly moved initially.Now I have honed the skill to make people realize the nobleness of eye donation.The list of prospective donors is on the rise.I am in receipt of eye-donation-consent from 1682 persons in Jajpur district and 1449 persons from Kendrapara district.Similarly, the list of wiling donors is 147 in Paradip area, he said.“I was not well aware of eye donation.But Nathji lucidly explained me everything.His promotion of a noble cause cast a spell on me.I have signed on a document and gave consent for donating the eye after death.My school-teacher wife has also done the same,” remarked Bikash Mohanty (30), a state government employee.