IRTS officer takes over as Dy Chairman of Vizag Port 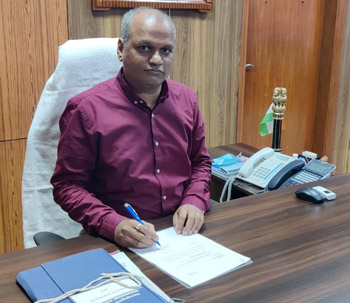 He is an Officer of Indian Railways Traffic Service from 2006 batch. He has worked in various capacities under Government of India. He served as Divisional Operations Manager during the year 2008-2011 in Bilaspur. During 2011-2013 he served as Area Manager at Prayagraj.

The post had fallen vacant following completion of the term of P.L. Harnadh.