Ather Energy’s e-scooters to hit Odisha, other markets next year 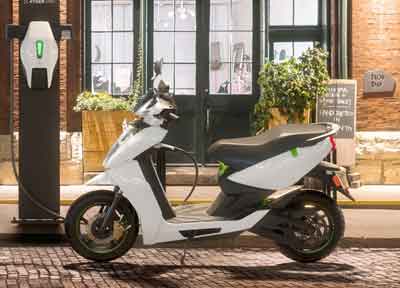 The company announced the launch of the Ather 450X in Vijayawada. The pre-orders, dealership requests, and also the volume of requests for test rides has led Ather Energy to include the new market in Phase 2 of their expansion. Many in Vijayawada are also eligible for the limited-edition series 1 vehicle, as they placed orders in January 2020 before the official launch of the new product line.

With the launch in Vijayawada and Visakhapatnam, Ather Energy officially makes its foray into the Andhra Pradesh market.

Ather will be opening up in these cities in a staggered manner by Q1 2021 and will begin by setting up test rides to let consumers experience the vehicle. Ather has also been talking to prospective retail partners in these markets and has already begun locating spaces to set up its fast EV charging network, Ather Grid.

The company said in a release that in the 11 markets that Ather has presence, more than 60 charging points are already installed with more in the pipeline.

The Ather 450X is an upgrade from its predecessor Ather 450 and is the quickest and one of the smartest scooters in India, and comes in three new colors; grey, green, and white.

The scooter is powered with a 6kW PMSM motor, a new 2.9 kWh lithium-ion battery, and comes with 4 riding modes. In addition to eco, ride, and sport, Ather has introduced a new high-performance mode, ‘warp’. Ather 450X can go from 0 to 40 kmph in just 3.3 sec in warp mode, making it the quickest scooter in the 125cc category and the perfect choice to navigate through city traffic, the release stated.