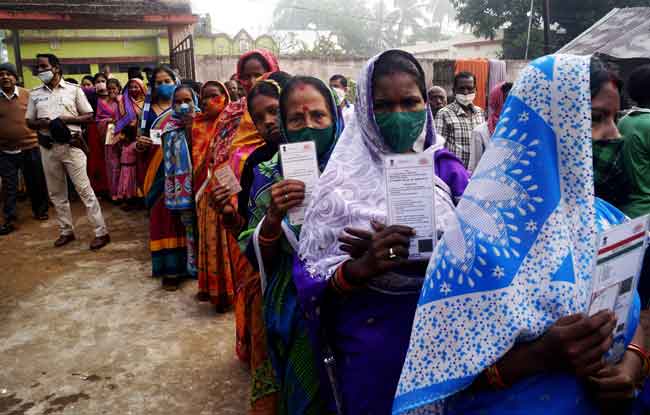 The results of the panchayat elections were declared today after counting of votes was done from February 26 to 28.

While the BJD won 766 of the 852 Zilla Parishad seats, the BJP flagged 42 seats and Congress finished third with 37 seats. The election was countermanded in one seat in Keonjhar district.

The saffron party, which had raised the slogan of winning 120 of the 147 Assembly seats in 2019 following its performance in the 2017 panchayat elections, lost elections in the areas where it used have a strong support base in the western region of the state.

The saffron party put up a poor performance in the state even though it had won as many eight Lok Sabha seats in the 2019 elections. The party failed to win any Zilla Parishad seat in as many as 10 districts of the state.

On the other hand, the Congress, which had won one Lok Sabha seat – Koraput in 2019, performed well in its strongholds. Of the 37 seats it won, it managed to win as many as 12 Zilla Parishad seats in Koraput district and six in Rayagada district.

A total of 36,523 Ward Members, 126 Sarpanchs, 326 Panchayat Samiti Members and one Zilla Parishad Member were elected unopposed in the three-tier panchayat elections. The lone Zilla Parishad seat in Bargarh district where the candidate won uncontested was a BJD candidate.

The BJD is now all set to form Zilla Parishad in all the 30 districts of the state without any hitch.