Will the Congress revive or fritter away political space to others?

On November 5, when Bihar was in the midst of elections, Union Home Minister Amit Shah visited a Dalit home in a village in Bankura district of West Bengal and had lunch with them. 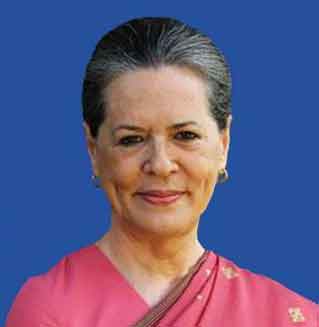 On November 22, Shah dashed off to Chennai ostensibly to launch some projects. However, later he also interacted with party leaders and workers of the state, where the BJP has negligible presence. Just a week later, on November 29, he campaigned for his party in the polls for Hyderabad Municipal Corporation. A day before, Uttar Pradesh Chief Minister Adityanath and BJP national president J.P. Nadda had also taken part in a road show in the city to campaign for the party for the civic polls to be held on December 1.

Three top leaders of the BJP pressed into service even for a municipal election!

The argument, however, is not about how the BJP moves from one election to another. It is about whether the Congress leaders ever understand this hunger of the BJP to win.

Top Congress leaders including Rahul Gandhi are not known for their frequent visits even to areas where they have a presence. There is no forum of interaction between the leaders at the top and workers at the ground. This is the main reason why the Congress is losing poll after poll despite a lot of disenchantment against the Modi government.

Even during election time, the Congress leaders do not show much interest to attend more rallies. In Bihar, Congress fielded 71 candidates but top Congress leader Rahul Gandhi addressed just six rallies. Compare this with Prime Minister Narendra Modi’s 12 rallies, in addition to several by Adityanath.

The Congress has governments in Rajasthan, Punjab, Chhattisgarh and Puducherry and a strong presence in other states like Madhya Pradesh, Karnataka and Maharashtra. The reality at present is that except the Congress none of the regional parties have the strength and resources to take on the might of the BJP.

However, on the other hand, this very fact seems to have become a big advantage for the BJP. The grand old party of India is unwittingly providing itself as the best insurance cover for the BJP, which is backed not only by the cadre base of the RSS but also huge financial and logistical resources.

Over the years, the Congress has been losing one state after another. In Odisha, it has been out of power for the past 20 years. After 2019, it further lost its position as the main opposition party to the BJP. In states like Haryana and Madhya Pradesh, the party did give a good fight to the BJP but could not hold on to the elected MLAs who switched loyalties to the BJP.

All these are happening because the leadership at the top do not inspire confidence among the dwindling stock of grassroots workers. The leaders at the state level behave just like those at the centre. They rarely reach out to the party workers at the ground.

In an interview recently, Congress veteran Ghulam Nabi Azad admitted that the party’s organisation had crumbled at the grassroots and a lot of work had to be done to revive it. This admission itself reflects the Congress’ weakness in taking on the gigantic election machinery of the BJP.

It is better the Congress revives soon by aligning itself to the grassroots movements against the central government’s policies like farm laws. Just taking to social media to express opinion is not enough. If it keeps losing its ground, political dynamics will ensure that its space will be taken over by some other political configurations.

But it may be a long process for those configurations to evolve as a distinct political force to effectively challenge the might of the BJP. In any case, it will help the BJP win elections with the help of cadres and other resources despite resentment against its policies – not a good indication for democracy.

It is up to the Congress leadership to decide if it wants to strengthen organisation at the grassroots to provide an effective alternative to the BJP or just fade away.