Poetry of memory and home: A cursory look at English poetry from Odisha

Leaving behind Robert Frost’s road of indecisiveness in the forest, Indian English Poets of Odisha walk on a more specific road toward home. Past and present mingle in a relativity of time but individuals do not lose their way in space. Jayanta Mahapatra’s poem The Road is such that it “appears to fill [him] with purpose and strength”— he understands stability in leaving behind a bewildering weight of obstacles which we might imagine to be of childhood dilemma or unfulfilled desires. But this idea reverses in the poetry of Jaydeep Sarangi, who longs to revel in the beauty of his homeland, Kolkata. This, however, doesn’t emanate “bigotry… it is about cultural specificity refracted through poets’ sensibility and power of fashioning imagery”, as is explained by the editors of this anthology. Even then there is a blurring of borders when the poet recognizes his identity in Odisha as well: “… DNA stitched/ Odia veins spark”. 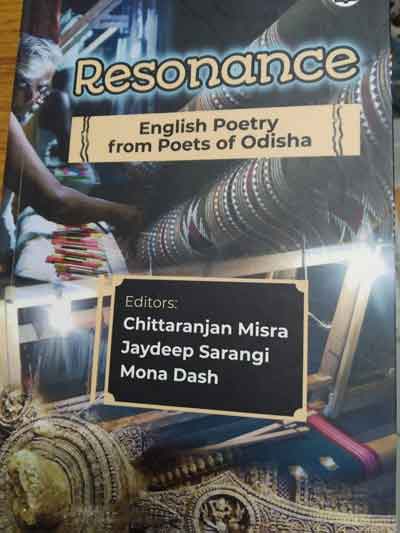 While the poets of Odisha writing in English are speaking for the community in a generalized aspect, Rabindra K Swain is dexterous in his portrayal of emotions of what an individual might experience in the same land itself. If at times it is about nativity, at other times it is a fable of intimacy. The world is a house that has seen generations of people frequenting it and the inevitable emotions that follow. Swain feels, it is a mother-figure no matter who “says it is a hell”. Childhood nostalgia of fear and hope co-habit the house, the mind. So the memory that echoes is determinedly delicate reverberating with words which may well be the cause of one’s downfall with the slightest provocation: “Such is the fault/ with the skull/ it breaks apart…”. Apart from the shared fondness for language, prominent poets like Bibhu Padhi and Chittaranjan Misra stick to an economy of diction, here. Half an hour of reading and the reader will come to believe that the subject and object of action become one, holding the potential to have an impact globally— in the poem A River, Chittaranjan Misra underlines the power of Indian English Poetry: “A river is metamorphosed to the sea”.

A nagging awareness of a largely working memory is at play. It reverberates in the ears of the reader, more so when the past comes to affect and define the life of the work that this anthology so amply contains. Poets like Deba Patnaik, Niranjan Mohanty and Sankarsan Parida have been featured as a tribute to the prominent poets from Odisha who have dug out a way for the present generation of poets, writing in English, to follow. Sankarsan Parida’s poems are fraught with a sentimental engagement with Odisha, be it the devastating cyclone of 1999 or seeking bliss in the temples and rivers of his native place. In the same line we have Niranjan Mohanty’s poems who exalts Odisha in the bold imagery of the Konark Temple and Tiger as markers of strong identity in sync with the courageous emergence of Odisha, the self. A work thus emerges in these poems that stresses on the painful memory of a lost one or a lost culture. They are survived by the legacy that they’ve left behind in the form of a profound body of work that continues to inspire other poets. If the readers are more specific about this, a softer version can be found in the poems of such poets as Prabharanjan Kumar Mishra who weigh the pros and cons of witnessing the luxuriant land of Odisha, of the cultural cameo of Konark, of the river Mahanadi.

If colonialism has wronged the people of India economically, it is to be accepted that it has also endowed us with a language, English, that has granted bilingual poets with a wide readership. Of this, the style of language has changed to suit a growing nation and poetry has gained much.

Addressing contemporary issues of feminism, women poets of Odisha have taken the opportunity to build a platform to speak out against forms of oppression. Simply because happiness and peace are not synonymous— the memory of denied rights will resonate with many readers who are women in a society that is not so sugary— the poems of Mamata Dash are about such “nightmare[s]” which unfold layers of solace in the absence of an oppressive male figure. The woman is a Goddess to be allured with glib speeches or silenced through violence as in the case of Nirbhaya. Life, for Shanta Acharya, is a process of knowing things and undergoing change accordingly. From exploitation to moving out to a “Brave new world”, poems by similar women poets writing in English are now woke— to assert the identity of women in general. However, poets like Mona Dash are practical concerning the reality of the land, and writing doesn’t really change the situation of the sufferers: “…. poetry, stories/ are just easy craft/ of the fanciful”. So when everything else crumbles down, poets like Saroj Padhi spike up the mood of readers with hope. He is more of a romantic poet who sees woman and nature as interchangeably one, complimenting and substituting the other— rousing glimmers of renewal in a crushed man. The poem, Woman and the Earth showcase a similar thought process: “the breeze is your breath/ that keeps alive the flowing blood stream”.

Resonance: English Poetry from Poets of Odisha is a delightful read due to the diverse themes, varying from individual memories to incidents that have altered demographic lives of a community.