Empowerment of women, part of consolidation of support base of Jagan Govt.

Santosh Patnaik
In the first year of governance in Andhra Pradesh, Chief Minister Y.S. Jagan Mohan Reddy has been consolidating his support base by laying emphasis on women empowerment. 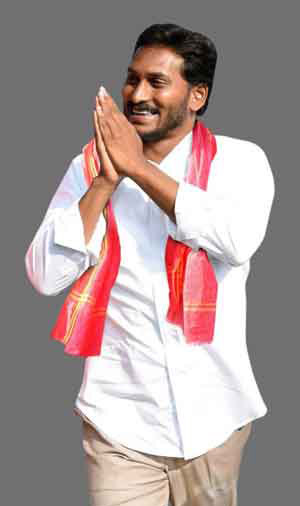 A debutant Chief Minister, he ensured a thumping majority for YSR Congress Party formed by him after quitting Congress, he has made vesting powers with women-the hallmark of his style of governance leaving his political detractors difficult to fight against him.

Not confining it a poll-eve rhetoric, women empowerment has become a reality in AP with liberal allocation of funds despite falling revenue due to economy slowdown, pandemic fallout and delay in release of funds promised by the NDA Government at the Centre.

The Chief Minister has the will for empowerment of women socially, economically and politically by promising most of the election promises within a year of assuming office, YSRCP parliamentary party leader V. Vijayasai Reddy said.

The will and way have sprouted from his 3,648 km padayatra during which he had seen how the social fabric was ruffled due to gender bias and lack of access to even small amounts to women to run the house.

The Chief Minister launched YSR Cheyutha and YSR Asara for social and economic empowerment. Depositing the financial incentives of students into their mothers’ bank accounts and registering the house sites in the name of woman of the household gives an insight to his commitment.

He has provided reservations to women in all nominated posts and works. The State has never ever heard of a woman heading Market Yard Committee hitherto. Of the 728 posts of Chairpersons and Directors to the 56 Backward Caste Corporations, 365 are women. One of the Deputy Chief Ministers and Home Minister is woman.

To address malnutrition and anemia among pregnant and lactating mothers and children aged between 6-72 months, the State has brought YSR Sampoorna Poshana Plus and YSR Sampoorna Poshana schemes to provide supplementary nutrition through Anganwadi centres. About 30.16 lakh mothers and children are being benefited from the two schemes, where the State has been spending Rs.1,863 crore per annum.

A study has found that over 52.9 percent of the pregnant women across the State were suffering from acute anemia, while 31.9% of children are having low birth weight and 31.4% of the children are suffering from stunted growth. While YSR Sampoorna Poshana Plus is intended to supply nutritious food exclusively in 77 tribal areas covering 8,320 Anganwadi Centres, the remaining urban and rural areas will be covered under YSR Sampoorna Poshana. The two schemes cost Rs. 1,100 per beneficiary every month.

The brilliance of Amma Vodi scheme is that it not only addresses the school dropout rate but also resolves the problem of child labour and checking low literacy rate. The State provides Rs. 6,000 crore benefitting 43 lakh mothers across the State, YSRCP functionaries say.

YSR Cheyutha and Aasara schemes are focused to empower women between 45-60 years belonging to the weaker sections and minorities through entrepreneurship in dairy, grocery, and other chosen fields with an annual incentive of Rs. 18,750 for a period of four years. Women of Kapu, Ontari and Balija communities of 45-60 age group are given Rs.15,000 per annum under YSR Kapu Nestham.

In order to provide business opportunities for the women, for a sustainable income and a safe investment, the State Government had signed MoUs with giant companies like AMUL, Proctor and Gamble, ITC, Allana Group, Reliance, among others. The women groups also have the backing of banks for soft loans.

In addition, Jagananna Jeeva Kranti was launched to distribute over 2.49 lakh sheep and goats units and 4.69 lakh units cows and buffaloes in a phased manner with a cost of Rs.5400 crore, according to Agriculture Minister K. Kannababu.

Fulfilling the padyatra promise, the Chief Minister has credited Rs. 6,792.21 crore towards the first installment of the total due of Rs. 27,168.83 crore to banks of 87,74,674 women belonging to 8.7 lakh SHGs under YSR Aasara scheme. YSR Zero interest loans for the self-help groups would boost business opportunities.

Making the objective of ‘housing for all’ a reality the government has brought in an initiative to distribute house-site pattas to 31 lakh poor people and the house-sites will be registered in the name of the woman of the household. The distribution of house site pattas will be launched on December 25. The first phase of construction of houses will take off on the same day.

“We strongly object not giving credit to Prime Minister Narendra Modi for some projects which are being implemented with Central funds,” BJP State president and MLA Somu Veeraju, said.