JPSS appeals to NHRC and NCPCR to visit Dhinkia 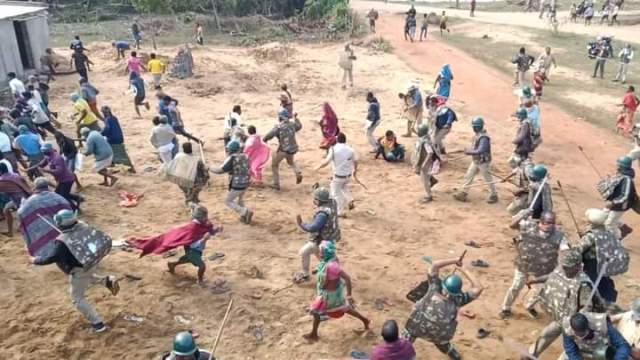 “As the police atrocities are on the rise we appeal all the concerned citizens to express solidarity to the demands of Jindal Pratirodh Sangram Samiti,” said Prashant Paikray, spokesperson of JPSS in a statement.

JPSS issued the statement hours after police lathicharged the residents of Dhinkia by entering into their village on January 14.

While about 30 villagers, some of them are women and children, were injured in the police lathicharge, Paikray said.

As many as six persons – Debendra Swain, Narendra Mohanty, Muralidhar Sahoo, Nimai Mallick, Manguli Kandi and Trinath Mallick were arrested by the police.

The six arrested persons were produced before the court at 2 am on January 15. Swain, who has been leading the protest, had his face and eyelid swollen due to police action, said Paikray while expressing concern over alleged custodial torture of Swain.

Maintaining that the villagers were determined to continue their democratic struggle and not cede their land, Paikray demanded immediate release of those arrested and withdrawal of police from the project area.