After shelving plans in Odisha, POSCO keen on JV with RINL in Andhra

A Joint Working Group (JWG) has been recently formed by POSCO and RINL, the corporate entity of Visakhapatnam Steel Plant popularly called Vizag Steel Plant, close on the heels of signing an MoU in July. 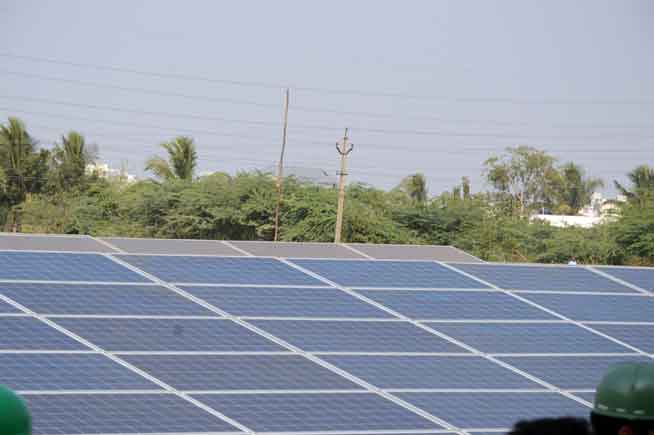 A view of solar power plant, set up by Visakhapatnam Steel Plant, which generates 5 MW near Ukkunagaram in Visakhapatnam.
The group is mandated to periodically review the progress regarding establishing a high- end steel plant on the surplus land of RINL, a Central PSU with headquarters in Visakhapatnam.

POSCO had backed out of its much-hyped investment of Rs.54,000 crore on a Greenfield steel plant in Odisha due to land acquisition and environmental problems. The MoU signed with Odisha Government in 2005 lapsed five years later. The Korean steel giant also inked an MoU with Steel Authority of India Ltd (SAIL) for technical collaboration in 2016.

According to RINL recognised union president J. Ayodhyaram, POSCO had been trying to have foothold in India so as to reduce landing cost for steel supply to Southeastern Asian markets.

He told Odisha Channel that POSCO had sought over 3,000 acres and the land being given by RINL would become its equity as per its proposal. He said instead of ‘gifting away’ the valuable land to a foreign company, RINL should try to expand by seeking loan from financial institutions.

The Vizag project, reports say will have five million tonne capacity with bulk of products meeting the requirement of automobile industry.

RINL has a land bank of 22,000 acres. Its integrated steel plant with an annual capacity of 7.3 million tonne has Gangavaram Port, a PPP project, on its backyard.

RINL unions had protested vehemently against the POSCO project during the visit of Union Steel Minister Dharmendra Pradhan last year and a team from South Korea in February.