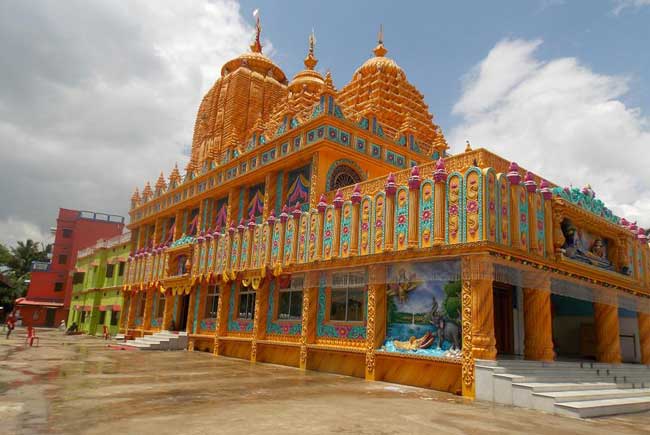 The ashram had ceramic tile and marble floorings.There was installations of air-condition gadgets at the main building and guest house. Meanwhile, Satyam Sekhar Raula, `son’ of controversial godman was arrested today by crime branch wing of state police.He was caught in Mumbai yesterday and was brought back to Odisha for interrogation today.Satyam, said to be the adopted son of the godman, had gone on hiding since the escapades of the Baba hit the headlines earlier last week.The crime branch which was on hunt for the fugitive nabbed him after tracking down his mobile phone.Twenty-year-old Satyam has rich reserve of bank balance, landed property besides movable assets, said crime branch officials.The 3760 square feet stretch double storied main building was evaluated at Rs.1.18 crore while the cost of the three-storied guest house was estimated at Rs.94.33 lakh.The library building was valued at Rs.70 lakh while the inquiry and reception counters of the Ashram were assessed at Rs.17.05 lakh.The prayer halls with pipe and angle frame structures were valued at Rs.43 lakh.The compound wall of the 2.47 acre Ashram was of estimated value of Rs.28 lakh as per current market price.Besides the courtyard and parking space area with its concrete floor area was of estimated value of Rs.80 lakh.Major portions of the main building had ceramic tile and marble flooring.There were also decorative gypsum board ceilings in the main building, guest house and prayer halls.The electrical installations done at the Ashram was valued at Rs 5.17 lakh while nearly Rs.11 lakh was estimated to have been spent for putting in place sanitation and sewerage facility at the imposing Ashram.The assessment was done by the department on direction given to us by crime branch.The evaluators of Roads and Building Division here however could not assess the cost of the beautifully designed three-way structured Sarathi temple.The team of evaluators was not technically competent to assess the value of the temple.The engineers of state archaeology department are more knowledgeable to assess such temple structure.Movable assets traced at the assets were also not assessed by us, said Executive Engineer of R&B Division M.M.Khan.The ashram was replete with several structures of gods and goddesses.It had sculptures of animals like tiger, bear, turtles, crocodiles, monkeys, turtles, hippopotamus, peacock, deer, crocodile, swan and zebra.The structures were exquisitely built and these statues were adding to the beauty of the Ashram. It had four decorative gates for entry and exit to the Ashram.The construction of such decorative gates was a costly affair.” However, it could not be estimated by us on technical grounds,” Khan said.