JSW steel plant to come up in Odisha

Odisha Channel Bureau
Bhubaneswar: The integrated steel plant project of JSW Steel Ltd. with a capacity of 13.2 million tonnes per annum (MTPA) at Jatadhar in Jagatsinghpur district will come up soon, according to the office of Odisha Chief Minister Naveen Patnaik.

This was revealed during a meeting between Patnaik and JSW Sajjan Jindal of JSW through video conference on Monday. 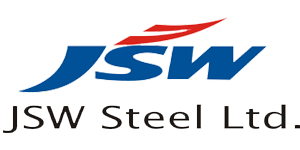 “The State government has allocated land, water, and power for the steel project. The project is being fast paced to begin at the earliest,” according to an official release that was issued after the video conference.

Patnaik stressed on maximum value addition of State resources within the State for accelerating job creation and revenue generation.

As Patnaik sought to know about the projects of JSW in Odisha, Jindal said that JSW is fully committed to all its projects in the State.

Jindal also expressed his satisfaction on the support of the State government in providing all the necessary support for its various industrial projects.

Jindal said that JSW is tying up with IIM Sambalpur to create `JSW Centre for Development Studies for Odisha’.

JSW has plans to invest over one lakh crore rupees in Odisha in the next ten years, Jindal told Patnaik during the conference.

The proposed steel plant of JSW would come up at the location which was earlier earmarked for the POSCO mega steel project.

The South Korean steelmaker had withdrawn after its application for Khandadhar iron ore mines became ineligible under the new MMDR Act which states that any company has to come under the auction route in order to get raw material linkage.