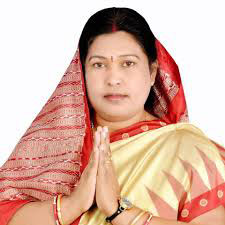 In her previous term as MLA, Chhuria was a Minister in the State. Attabira is situated in Bargarh district in western Odisha.

The appointment of Chhuria as president of the BJD’s women’s wing is likely to help BJD strengthen its support base in the State’s western region where the Bharatiya Janata Party (BJP) has a strong presence.