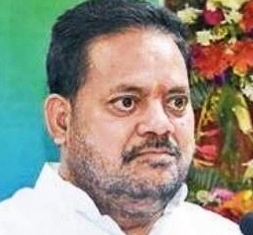 Maharathy (65), a former Minister, had tested positive for COVID-19 on September 14. Sources, however, said that Maharathy had developed other complications after he was cured of the virus.

He was under treatment at a hospital in Bhubaneswar where was put on ventilator support since Friday after his health condition deteriorated.

Chief Minister Naveen Patnaik had spoken to the family members of Maharathy and prayed for his speedy recovery on Saturday evening.

Maharathy was among the 51 lawmakers of Odisha to have contracted the coronavirus so far. While many have recovered, several are under treatment.

The body of Maharathy will be cremated at the Swargadwara crematorium at Puri later in the day.

Born on July 4, 1955 at Pipili in Puri district, Maharathy started his political carrier as a student leader.

He was elected to the Odisha Assembly as a Janata Party candidate in 1985 and as a candidate of the Janata Dal 1990.

He was elected from Pipili in five consecutive elections since 2000 as a BJD nominee.