Odisha Channel Bureau
Bhubaneswar: A total of 77.2% of the 67.51 lakh voters have exercised their franchise in the first phase of panchayat elections in Odisha, the State Election Commission (SEC) has said.

The voter turnout in Maoist-affected Malkangiri, Koraput and Kalahandi districts was encouraging, according to the SEC. 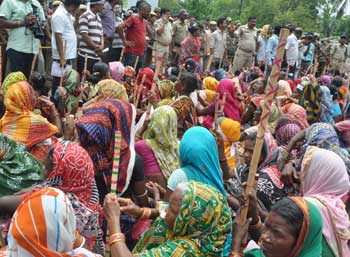 Polling for 13 ward members, six Sarpanchs, three Panchayat Samiti members and one Zilla Parishad member was countermanded due to the death of contesting candidates.

With violence reported in some booths in the first phase of the election, the SEC has asked the state Director General of Police to ensure law and order in the remaining four phases of polling.

About 50 people were injured in different incidents of violence during the first phase polling.

Three people, including a Sarpanch and a Samiti member candidate, have also been arrested for allegedly distributing liquor and cash to woo voters in Nayagarh district.

While the state ruling Biju Janata Dal has fielded candidates in 851 seats, the Bharatiya Janata Party and Congress are contesting 848 and 836 seats respectively.

35% seats decided uncontested
Nearly 35 per cent of the total 1.06 lakh seats were elected uncontested. Only Zilla Parishad members contest these elections with party symbols in the state, while those contesting for Panchayat Samiti Members, Sarpanchs and Ward Members have no party symbol.