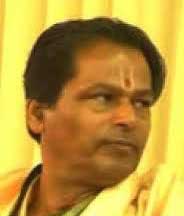 Odisha Channel Bureau Bhubaneswar, Aug 31: Hours after angry villagers burnt down the Trahi Achyuta Ashram of controversial godman Surendra Mishra alias Sura Baba, the Commissionerate Police arrested the Baba and his two sons here today.Trahi Achyuta Ashram at Jhinti Sasan in Balakati area under Balipatna police station limits on the outskirts of the city witnessed mob fury on Sunday evening after angry locals barged into its premises ransacking property and setting it on fire.As many as 15 vehicles were burnt down and properties of the ashram were damaged and set afire.The police took Sura Baba and his two sons – Biranchi Mishra and Trilochan Mishra – into their custody in the wee hours of the day after complaints were lodged against them by Jayanta Kumar Bhoi, a local and president of Odisha Samajika Nyaya Abhiyan against them.The Baba and his two sons were formally arrested after hours of questioning by the police officials entrusted with the probe into the wrongdoings of the Baba and his sons.The Balipatna police have slapped charges against the Baba and his two sons under Section 341, 342, 323, 294, 506 and 34 of IPC and Section 3 of the ST and ST (Prevention of Atrocities) Act. 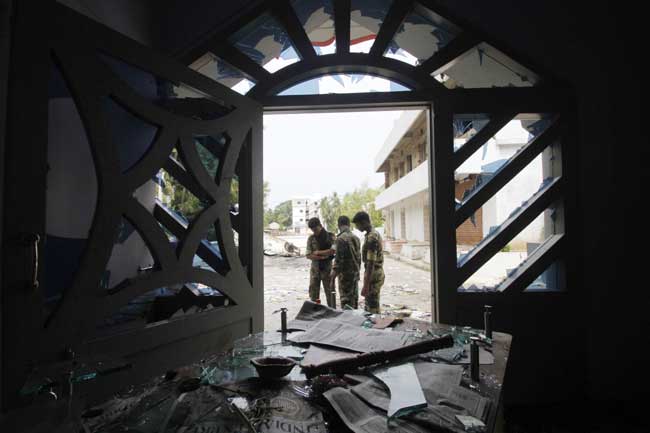 Another case has also been registered against the controversial Baba on the basis of a complaint lodged by a woman of the locality.The woman had alleged that the Baba was sexually exploiting women in his ashram.A series of allegations have been made against Sura Baba for his alleged sexual exploitation of women devotees who used to approach him to seek solutions to their problems.It has been further alleged that Sura Baba used to perform human sacrifice performed inside the ashram to achieve supernatural powers.The manuscript that Sura Baba used to refer while providing solutions to the visitors to his ashram had reportedly burned down by the locals who attacked the ashram. 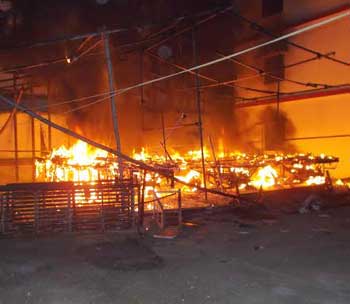 Police had to resort to mild lathi-charge to disperse the agitating crowd who were up in arms against the Baba after tolerating his alleged misdeeds for the past several years.They also attacked the ashram again in the morning and burnt down another vehicle.According to sources in the police, more of the associates of the Baba were likely to be arrested in the case.The Baba had a large following and many politicians and Bureau crats of Odisha were among his followers.It has been alleged by the locals at Jhinti that the Baba’s ashram was a den for many criminals.The Crime Branch of Odisha police had arrested self-styled godman Sarathi and his associates from his ashram near Kendrapara town earlier this month.Sarathi Baba continues to be in judicial custody.