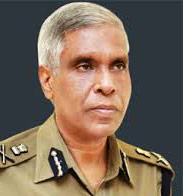 Odisha Channel Bureau Bhubaneswar, Sep 25: A corruption case has been registered against former Odisha Director General of Police Prakash Mishra on charges of financial improprieties and corruption.A 1977 batch Indian Police Service officer, Mishra is currently working as a Special Secretary for internal security in the Union Ministry of Home Affairs.Vigilance Department of Odisha police has charged Mishra of abusing his official position as Chairman of Odisha State Police Housing and Welfare Corporation Ltd, the post that he held from 2006-2009.The case against Mishra and some other officials of the Corporation has been registered after a special audit pointed out the irregularities, source said.Mishra was short-listed for appointment as Special Director in the Central Bureau of Investigation.It is said that there is possibility of he being appointed as Director of CBI in the near future.