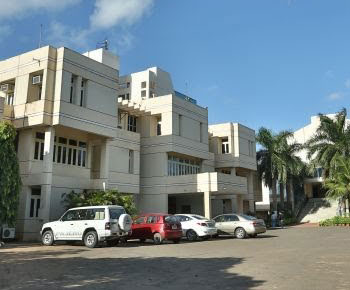 Odisha Channel Bureau Bhubaneswar, Jan 18: Xavier Institute of Management, Bhubaneswar today conducted Ignite 2015, a national level entrepreneurship Summit, organised by X-SEED, the idea and initiative cell of XIMB, XUB.The summit had renowned speakers from various backgrounds who came to share their entrepreneurial experience and talk about the topic ‘How technology has changed entrepreneurship’.The panel of speakers comprised Anurag Batra, chairman of Bussinessworld, Srikumar Misra, founder MD and CEO of Milk Mantra, K.C.Mishra, founder of eKutir, and Tanmay Mohanty, MD of Luminous Infoways.The proceedings began with Batra setting the stage with a thought provoking observation that earlier people did an MBA to get a job but now 90% people want to become entrepreneurs.He immediately struck a chord with the audience when he remarked that PowerPoint Presentations were used by people who were neither powerful nor had a point of view, and he wouldn’t be using one.He pointed out a very pertinent issue that India only has a poor cousin of the Silicon Valley as we only celebrate success and not failure.He encouraged the young audience to make their hobby their profession and drive their dreams with passion.He concluded his inspiring insights with the quote, “If you can dream it you can do it.”Srikumar Mishra, a proud alumnus of XIMB, began his talk by tracing the evolving history of music from Vinyl records to cassette players, CDs and the digital age of iTunes.Through this example he drove his point home that technology has touched almost everything and spared nothing.He then brought out the two different roles that technology plays in entrepreneurship – First, where technology itself is the basis of the enterprise, and second, where technology acts as an enabler to an enterprise.He also talked about how the power of technology enables a convergence between economical and societal impact.Finally, he shared how Milk Mantra has leveraged technology in its packaging system to innovate and evolve.K.C.Mishra began by pointing out the difference between managing plenty and managing less.It is easier to manage plenty as the risk is distributed; the real challenge lies in managing less.He believes that everybody is a born entrepreneur and the whole economy of India depends on millions of micro-entrepreneurs.He talked about the emerging relevance of the internet economy and the three different opportunities it offers- internet of hardware, internet of content and internet of humans. Final speaker Tanmay Mohanty talked of the importance of focus.According to him, scope is plenty but one needs to find a niche area to focus on.He guided the students through the various aspects of being an entrepreneur.He traced through the transformation of the economy from agrarian to industrial, service and now experiential to show how technology has now become a necessity.Technology has changed the face and pace of business.The conclave concluded with an enlightening round of Q&A where the budding entrepreneurs attempted to satisfy their inquisitiveness and grasp as much knowledge from the speakers as possible.