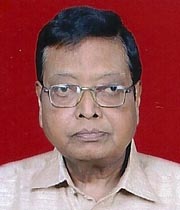 Odisha Channel Bureau Bhubaneswar, July 6: President of Odisha Minority Forum Swarupananda Patra passed away here on Sunday.He was 62.Patra worked hard throughout his life for the welfare and development of the minorities.A former Scientist in Indian Space Research Organisation, Patra was Director of Doordarshan, Government of India and Director of State Institute of Educational Technology, Government of Odisha.He took voluntary retirement from Government service to take up the cause and work for the rights of the minorities.Apart from being the President of Odisha Minority Forum, Patra was president of United Theological School, Cuttack; president, Utkal Christian Church Central Council; general secretary, Odisha Baptist Evangelistic Crusade; president, YMCA, Bhubaneswar; president, Bhubaneswar Christian Community among many other posts that he held.In his passing away, the Christian community has lost a leader who spoke fearlessly and stood for upholding the secular fabric of the State and the nation, the Minority Forum said in a release.“Always a champion for the causes of truth and justice, he will always be remembered for his passionate role in protection of minorities and worked towards ensuring communal harmony and brotherhood and brought about a calming effect in society,” the release said.