Odisha Channel Bureau
Bhubaneswar: Taking forward the Odisha government’s concerted efforts to empower the marginalized and the under privileged, the Naveen Patnaik dispensation’s decision to set up special development councils in nine districts of the state that have tribal population of 50 per cent comes at a time when the indigenous tribes are at a crossroads. 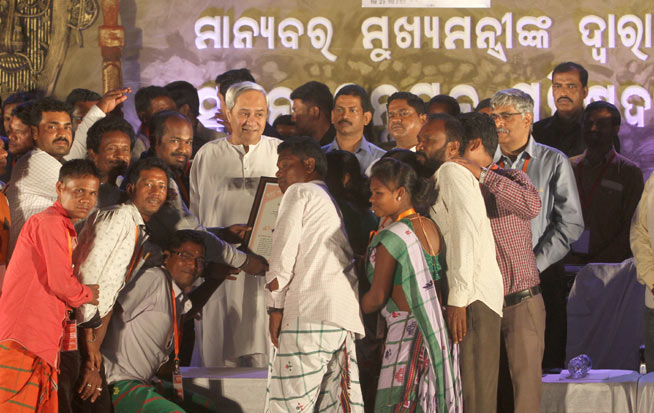 Whether to get completely amalgamated with the so-called mainstream society while benefitting from modern development initiatives or improve their socio-economic situation without adversely affecting their culture is a dilemma that almost all of the 62 tribal communities of Odisha (as also other such groups in other parts of India) are facing today. In the process, the socio-cultural identity of tribals has come under serious threat.

This is what makes the decision to constitute the special development councils significant and timely. It not only underlines the humane face of Odisha’s development agenda but also reaffirms the government’s commitment to give voice to the voiceless in a state where nearly a quarter of the 4.5 crore people are tribals.

Pertinently, the councils will be led by luminaries belonging to the tribal community who have hands on knowledge of the mores and aspirations of the local tribal population. The chairperson of the council will be accorded a minister of state status and will act in tandem with the state administration in restoring all that is tribal and indigenous in his/ her area.

There is no gainsaying the fact that tribal cultures are under threat the world over. Sociologists and cultural anthropologists claim that 50-90 per cent of the world’s mostly indigenous languages will die out within this century. They have made it clear that unless we act now this cultural diversity will be as good as dinosaurs for our grandchildren. According to UNESCO’s atlas of world languages in danger, 197 languages in India are reported to be endangered of which 81 are vulnerable followed by definitely endangered (63), severely endangered (6), critically endangered (42) and already extinct (5).

Odisha, for the uninitiated, is known for its collective cultural heritage including number languages that is of course incomplete without the rich heritage of our tribal people. The state government recognizes this and has been engaged in conserving and promoting the tribal culture of Odisha in more ways than one. In fact, Naveen had made serious efforts at including Ho language in the eighth schedule of the Constitution so that it could get official status. Even recognition for the Ol Chiki script beyond the state’s boundaries has been possible because of the state government’s efforts.

Regular interactions with the tribal communities, empowerment of the tribal population, both economic and political, and giving them rights on land and forest are also initiatives the state government has passionately pursued. It is the Naveen government’s professed stand to involve tribal communities in all development activities pertaining to their community.

The special development councils are expected to take this agenda forward and should catapult Odisha to the international stage as far as efforts for conserving indigenous cultural heritage are concerned.