From Nabakrushna Choudhury to Prashant Bhushan

Kedar Mishra
A Supreme Court Bench headed by Justice Arun Mishra is going to pronounce the verdict on the case of contempt against human rights lawyer and activist Prashant Bhushan today.

Whatever be the verdict, the Supreme Court is very much standing in the receiving end in this particular case. In this suo motu case, fundamental principles of a constitutional democracy are being severely compromised and the apex court has not shown its magnanimity as the custodian of free speech. 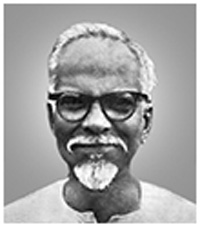 Somehow this case has opened up a larger debate around the issue of Contempt of Court. Prashant Bhushan has been convicted by the Supreme Court of contempt for two of his tweets, generally criticising the apex court and in particular the Chief Justice. 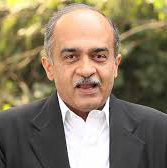 Talking on the issue, Soli J Sorabjee, one of the finest commentators on Indian Constitution has put forth a significant question – “People have different beliefs, do you punish people for having some beliefs which are not to the liking of the Supreme Court”.

Many distinguished legal experts including 12 former senior judges of the Supreme Court and High Courts have categorically termed this suo motu action of the apex court as “unwanted” and “avoidable”.

Prashant Bhushan, however, is not the first to be convicted of contempt of court in our legal history. Many of the country’s top leaders, and at least one former Supreme Court Chief Justice, have been charged with contempt.

Probably in the first case of its kind, former Odisha Chief Minister Nabakrushna Choudhury was convicted by the Orissa High Court of contempt on 26th, February, 1956. The then Chief Justice of the Orissa High Court Justice R. Narasimham and Justice S. Barman’s bench ruled that “I, therefore, find that the speech read as a whole, amounts to contempt. In view of our finding that the offending speech is privileged and that this Court has no jurisdiction, the Rule against Sri Chaudhuri is discharged.”

On the other hand, the Odia daily newspaper, The Matrubhumi, which published the speech of the Chief Minister had to submit an apology and paid a fine of Rupees One Hundred only.

Another high profile case of contempt came through a statement made by former Kerala Chief Minister EMS Namboodiripad in a press conference. The Supreme Court convicted him on July 31, 1970 on the ground of contempt.

Chief Justice of the Supreme Court, Justice M. Hidayatullah in his verdict said: “We uphold the conviction. As regards sentence we think that it was hardly necessary to impose heavy sentence. The ends of justice in this case are amply served by exposing the appellant’s ignorance about the true teachings of Marx and Engels (behind whom he shelters) and by sentencing him to a nominal fine. We accordingly reduce the sentence of fine to Rs. 50. In default of payment of fine he will undergo simple imprisonment for one week.”

Earlier, Kerala Chief Minister Namboodiripad told in a press conference that “Judges are guided and dominated by class hatred, class interests and class prejudices and where the evidence is balanced between a well-dressed, pot-bellied rich man and a poor ill-dressed and illiterate person the judge instinctively favors the former”.

In the backdrop of these two high profile contempt cases one can easily find out a strong moral high ground of the “contemptuous”. After five decades the same moral ground of contempt has been regained through a couple of tweets by Prashant Bhushan.

Legally, Prashant Bhushan may be pronounced guilty by the apex court but he will come up through this verdict as the true champion of constitutional morality and unblemished symbol of freedom of speech ensured by the constitution of India. Through legal history one can easily conclude that contempt is not criminal but moral.

(Disclaimer: The views expressed are the author’s own and have nothing to do with OdishaChannel.com’s views)