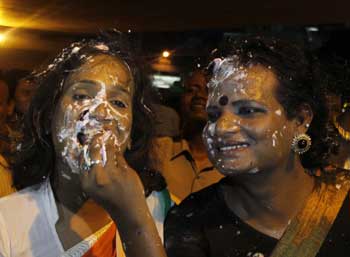 Odisha Channel Bureau
New Delhi, May 7: An Expert Committee was constituted in the Ministry of Social Justice and Empowerment to make an in-depth study of the problems being faced by the transgender community and suggest suitable measures to ameliorate their problems.The Committee has submitted its report and one of the recommendations of the Committee is to declare transgender as ‘third gender’ and for indicating the gender on official documents.

This information was given by Minister of State for Social Justice and Empowerment Vijay Sampla in a written reply to a question in Rajya Sabha here today.The Supreme Court had earlier delivered its judgement on the issues of transgender persons, directing the Central and State Governments to take various steps for the welfare of transgender community. The Court had also directed that the recommendations of the Expert Committee be examined based on the legal declaration made in the above judgement and implemented.

The Court had further directed that that Hijras, Eunuchs, apart from binary gender, be treated as “third gender” for the purpose of safeguarding their rights under Part III of our Constitution and the laws made by the Parliament and the State Legislature.The Minister informed that the University Grant Commission (UGC) has written a letter to all the universities requesting them to include a column for transgender category in all application forms/academic testimonials and all other relevant documents processed by them and as well as by their affiliated colleges.UGC has also informed that it has issued directions to all its Bureau s to ensure that the forms / proformas of all the schemes being operated by it have a column for the transgender in gender category.