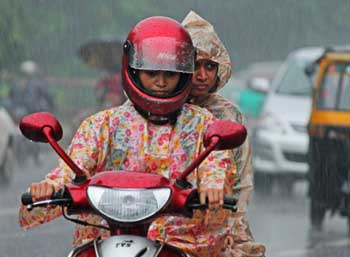 Odisha Channel Bureau Bhubaneswar, July 12: With monsoon playing truant in Odisha, spectre of drought has started looming large over many regions of the State.The situation is likely to worsen as the Meteorological Centre, Bhubaneswar predicted decrease in rainfall in Odisha from July 15.The Meteorological Centre said on Friday evening that heavy to very heavy rain would occur at one or two places over interior Odisha and heavy rainfall would occur at one or two places over coastal Odisha up to July 14.However, in the weather outlook for subsequent four days valid from July 14 to July 18, the Centre predicted decrease in rainfall from July 15.In this situation, while farmers are waiting eagerly for the revival of monsoon, people across the State are continuing to suffer from frequent power cuts since hydro power generation had come down in the State due to low rainfall and fall in water level at different reservoirs.“Mainly or generally cloudy sky with possibility of rain or thunderstorm,” says India Meteorological Department says in its weather forecast for Bhubaneswar and most other places of Odisha from July 12 to July 17.This makes it clear that monsoon was likely to play truant in Odisha for many more days thereby affecting agriculture in most parts of Odisha.Monsoon had arrived late in Odisha and it has virtually disappeared leaving most parts of the State dry.The cultivation of paddy crop was likely to be badly affected in case the rains continue to elude the farmers for a few more weeks.