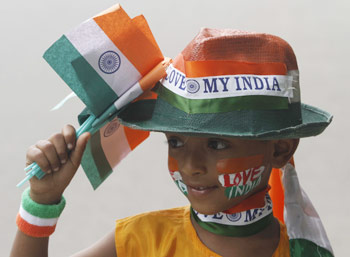 Odisha Channel Bureau Bhubaneswar, Aug 14: The stage is set for the 68th Independence Day celebrations in Odisha on Friday.While Mahatma Gandhi Marg in Bhubaneswar has been kept ready for the State level celebrations, arrangements have been made at all district headquarters towns in the State for the district level celebrations of the Independence Day.Chief Minister Naveen Patnaik will take salute at an impressive parade at the State level function on the Mahatma Gandhi Marg.As many as 30 platoons of security personnel quick reaction teams, sniffer dogs and bomb squads would be deployed at the venue.Adequate security arrangements have also been made at all other places where the I-Day celebrations will be held on Friday.Additional forces have been deployed in the district headquarters towns of all the Maoist affected districts, particularly in southern and western regions of the State.Of the large number of contingents that would take part in the State level celebrations, the daredevil stunts by boys and girls of Bhubaneswar-based Maharshi College of Natural Law on motor-cycles and scooters was likely to be the most attractive for the hundreds of people who would gather to witness the celebrations.