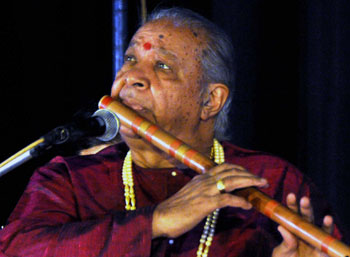 Odisha Channel Bureau Bhubaneswar, Dec 22: SPICMACAY, the Society for Promotion of Indian Classical Music and Culture amongst Youth presented an opportunity to experience the inspiration and mysticism embodied in Indian heritage through its Rural School Intensive (RSI) which began here on Sunday.The RSI supported by Rikskonsertene, Norway; Royal Norwegian Embassy, New Delhi; Ministry of Foreign Affairs, Norway and the Government of Odisha is organised for the government school children of rural Odisha.The aim of the five-day-long residential RSI program is to spread awareness about the rich Indian culture and art by providing a platform to interact and stay with the Gurus.Based on the traditional Gurukul system, the students shall be trained by the Gurus in the three hours workshops to be held every day on different streams of Indian art, music and culture.The program is being held from December 22 to 28.Around 400 students have registered and shall be a part of this RSI.The RSI was inaugurated on December 22 by lightening the ceremonial lamp in presence of the esteemed guests Odisha Minister for Tourism and Culture Ashok Panda, School and Mass Education Debi Prasad Mishra and others.Kiran Seth, founder of SPICMACAY addressed the audience on the motive of RSI and the SPICMACAY movement.The Odissi vocal by Guru Ramahari Das gave a warm opening to the RSI.The inaugural was followed by the classical Odissi dance concert of Sonal Mansingh.An eminent Indian classical dancer and choreographer of Odissi dancing style who is also proficient in other Indian classical dancing styles including Bharatnatyam, Kuchipudi, and Chhau, Mansingh enthralled the audience with her stellar Odissi performance.After the Odissi dance performance, the audience was mesmerised to the tunes of the flute of Pandit Hariprasad Chaurasia and his accompanists.The audience was left spellbound after Chaurasia’s wonderful performance.The RSI which will continue till December 28 will have performances as well as workshops by veteran gurus like Pandit Vishwa Mohan Bhatt, Bahauddin Dagar, Ashwini Bhide Deshpande, Debi Prasanna Patnaik, Aruna Mohanty, Shahid Parvez, Ileana Citaristi, L.Subramanium, Sunanda Patnaik , Girija Devi, and N.Rajam among others.