Sexual Harassment at the Workplace 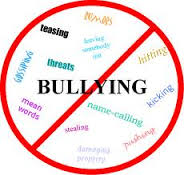 Dr.Prerna KohliSexual Harassment at workplace is a violation of women’s right to gender equality, life and liberty.It creates an insecure and hostile work environment, which discourages women’s participation in work, thereby adversely affecting their economic empowerment and the goal of inclusive growth.Sexual harassment has a demoralizing effect on women and they feel objectified and stop asserting. Sexually harassed women suffer from simple irritation to headache, weight loss or gain, nausea, lowered self-esteem to deep rooted anxiety.

Thus, sexual harassment has a major impact on the mental and emotional well-being of women.Sexual harassment is best explained as: “bullying or coercion of a sexual nature or an unwelcome or inappropriate promise of rewards in exchange for sexual favours”.Some of the psychologically damaging effects of sexual harassment at work include long term depression and Post traumatic stress disorder which includes re-experiencing the trauma, and avoiding people or things that may remind the victim of the harassment. Research shows that sexually harassed women withdraw socially, and are not able to function in their day to day social setting.

The feeling of shame, stigma and humiliation attached to the experiences make them socially very vulnerable.Sexual harassment is being linked to sleep disorders which may be due to the stress and anxiety of the event that affect the sleep habit.

As indicated by some studies, in some extreme cases, women who have experienced frequent unwanted sexual harassment have attempted to commit suicide out of desperation for not being able to address, voice or avoid the harassment.The Protection of Women from Sexual Harassment at Workplace (Prevention, Prohibition and Redressal) Act, 2013 focuses on prevention of sexual harassment at workplace and provides a redressal mechanism. The Act has been highlighted over the last year due to the efforts of the Government to ensure its enforcement.The Act upholds women’s fundamental rights to equality, right to live with dignity and right to practice any profession or to carry on any occupation, trade or business which includes a right to a safe working environment, free from sexual harassment as provided under Article 19 (1) (g) of the Indian Constitution.In order to further mainstream the issue and to help organizations to standardize their response mechanisms, Ministry of Women and Child Development, Government of India has recently published a Handbook on the Act.The Handbook can be downloaded athttp://wcd.nic.in/sites/default/files/Handbook%20on%20Sexual%20Harassment%20of%20Women%20at%20Workplace.pdf.

The booklet has been sent to all Central Government Ministries/Departments, State Governments and Business Chambers for use as ready reckoner.The Ministries/ Departments in Government of India have been advised by WCD Ministry to ensure the compliance of the Act.The Associated Chambers of Commerce & Industry of India (ASSOCHAM), Federation of Indian Chambers of Commerce and Industry (FICCI), Confederation of India Industry, Chamber of Commerce and Industry (CCI) and National Association of Software and Services Companies (NASSCOM) have also been requested to ensure effective implementation of the Act amongst their members in private sector entities.

The Women & Child Development Ministry is also trying to mandate the disclosure of the constitution of the Internal Complaints Committee(ICC) in the Annual Reports of the Companies.The above mentioned Act covers all women, irrespective of their age or employment status and protect them against sexual harassment at all workplaces both in public and private sector, whether organized or unorganized.The domestic workers are also included under the ambit of the Act.The Act defines “sexual harassment at the workplace” in a comprehensive manner and casts an obligation upon all the organizations (whether private or public sector) having 10 or more workers to constitute Internal Complaints Committee (ICC) for receiving complaints of sexual harassment.

Section 26(1) of the Act states that an employer will be liable to a fine of Rs 50,000/- in case of violation of his duties under the Act and in case of subsequent violation, the amount of fine will be doubled together with penalty in the form of cancellation of his licence or withdrawal or non-renewal of the registration required for carrying out his activity.It is the obligation of each employer to ensure that the work place is free of sexual harassment for all. Each one of us has to work towards empowering women by making them aware of their basic rights about sexual harassment at the work place. Let India be a Safe India where women can work fearlessly and with dignity.Dr.Prerna Kohli, PhD, is a Clinical Psychologist.The views expressed are personnel