Nirbhaya after Nirbhaya and loss of our collective national conscience

On a fateful night on 16 December 2012, a 23-year-old physiotherapy intern was held hostage in a running private bus in New Delhi by its staff while she was going back home. She was then gang raped, beaten, tortured, brutalised and left on the roadside to bleed to death. 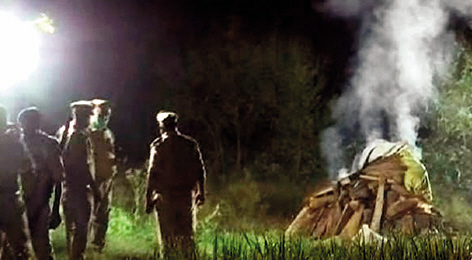 The incident shook the collective conscience of the nation. Massive demonstrations were witnessed on the roads not only in New Delhi but across the entire country with the victim being given a symbolic name ‘Nirbhaya’. According to official figures, Nirbhaya’s was just one among a total of 24,923 rape cases that occurred across the country in 2012. But the massive public outrage against the crimes against women triggered by Nirbhaya’s case was one of the main factors behind the United Progressive Alliance’s electoral loss in the general elections two years later.

Around eight years have passed since the tragic incident of Nirbhaya but rapes and other crimes against women continue unabated despite the fact that a stricter law commonly known as ‘Nirbhaya Act’ came into force to check them. In fact, they are alarmingly on the rise.

According to the latest ‘Crime in India’ report of 2019 of National Crime Records Bureau (NCRB) released on September 29, a total of 405,861 cases of crime against women were reported across the country that year with an average of 87 rape cases every day. The report says that the rate of crime against women has increased by 7.3% from 2018 – a year that recorded a total of 33,977 rape cases.

Over the years, some of rape and murder cases have hit national headlines. They are as brutal and gruesome as the Nirbhaya case of 2012. But somehow they now no more seem to be able to shake the collective conscience of the nation. Even if they do shake us partially, the government seems to be immune to people’s emotional outbursts.

The media, especially TV news channels that played a huge role in highlighting the Nirbhaya case of 2012, do not seem to take up the issues in a big way. Rather, most of them get busy deflecting the public outcry by headline management showing something frivolous as ‘national news’. Such manoeuvres have been seen in the abduction, rape and murder of an 8-year-old girl in Kathua in Jammu in January 2018 as well as a 26-year-old veterinarian in Hyderabad in November 2019.

In the case of the minor girl, who belonged to a minority community, the whole establishment seemed to work in favour of the accused enjoying the support of a political party playing majoritarian politics. The parents of the girls were subjected to a shrill and nefarious communal campaign.

In the second case, the police killed the accused in an encounter. While rights groups accused the police of resorting to extra-judicial murder of the accused before it was established if they were the real culprits, the killings received overwhelming support from people. TV channels gleefully covered it projecting the police officers involved in the killings as ‘heroes’ skipping the real issue of getting the victims justice through judicial process and the danger of extra-judicial killings.

Projecting people involved in extra-judicial killings as heroes is like nipping the judicial process in the bud and burying several vital and uncomfortable questions forever. In the hit of the moment, it is forgotten that no such process is adopted in the cases of involvement of influential people in the heinous crimes. On the contrary, the police try to help the influential accused persons and heap untold miseries on the victims and their family members.

Take for instance the case of former Uttar Pradesh lawmaker Kuldip Singh Sengar. Sengar not only hoodwinked the law for a long time after being accused of raping a 17-year-old Dalit girl in 2017 but also got her father arrested and assaulted in police custody in 2018. Her father succumbed to his injuries. Sengar was arrested only after her father’s death hit the national limelight.

Sengar’s case is not the only one where the police in Uttar Pradesh have fumbled in investigation. Such cases of political interference are dime a dozen and in most cases the Dalits are at the receiving end of the stick. The latest addition to such cases of rape and murder is that of a 19-year-old Dalit girl in Hathras district in the state.

The hapless girl was abducted, gang raped, brutalised and murdered on 14 September. Her family claim they did not get any help from the police and no arrest was made in the first 10 days of the incident. Her case came to national focus only after she succumbed to her injuries on 29 September. Even then, the Uttar Pradesh police in a brazen display of insensitiveness hurriedly lit her funeral pyre at 2.30 am on the next day without the permission of the grieving family. Four persons involved in the crime have been arrested but the police’s dubious action raises suspicion about availing justice for the victim.

It is no surprise, then, that Uttar Pradesh tops the list of the states as far as crimes against women are concerned with the state reporting a total of 59,853 such crimes in 2019, according to the NCRB’s report.

The suffering of ‘Nirbhaya’ of Hathras now is no less severe than the Nirbhaya of New Delhi in 2012 but it is unlikely that the former makes the same kind of impact on the government or people as the latter. A lot has changed in India since then. Social media and TV channel toxicity have made a huge difference to the way people perceive things today. Probably, people or the government take a stand on such crimes depending on the community, caste or class a victim belongs to. We have no clues.