How the troll machine works

Vimoh
Here’s how it works: Some rando decides to rise up in life. He looks around and sees that criminal / communal / abusive behaviour is being rewarded by the powers that be. He decides to take his chances and joins the bandwagon. Remember that nobody cares about most of them. 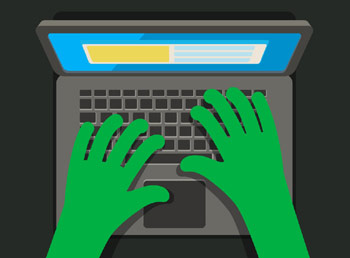 There are many wannabes unleashing communal farts into the void out there. The only timelines they show up on are the ones on their own six fake accounts. These are the unpaid IT Cell workers, the ones that are happy to do shit for free in hopes that someday, someone will …invite them to a meeting where they will be able to get a picture with some saffron neta and use it as their Twitter DP. However, there are people with a little influence who are also part of this literal rat race. These are retired government employees, D-grade actors etc.

These people have a bit of a following and a little reputation. They are somewhat more successful at online rabble-rousing. The mission is simple – say vile things in tune with what is trending.

Someone loved by everyone died? Piss on their memory. Someone suffered oppression? Say they deserved it. Someone turned out to be a criminal? Jump to their defence. The aim is to make sensible people shake their heads in disbelief and outrage.

The more Liberal outrage they can invite, the better their chances of ending up in that aforementioned meeting where they will get their Twitter DP. A core part of their strategy is obviously the ability to be as vile as they can get, but another, equally core part, is our outrage. Because without it, they wouldn’t rise through the ranks of trash.

It’s a very well-thought-out system. The vile Twitter handle is rewarded with exposure, followers, and influence. And the higher-ups are rewarded with an endless source of distractions with which to guide the course of media coverage. And if someone proves to be particularly useful, then he or she gets an election ticket or becomes a party spokesperson or gets absolute promise of safety no matter what they say or do from a deeply corrupted system.

The name of the game is attention. And it is fought in the arena of TV and social media. We are the audience whose boos and cheers make it worth their while.

What’s the solution? DO NOT ALLOW them to divert your attention. Always be on the lookout for that which they do not want you to pay attention to. Then double down on that. Talk about it, share it with your circles, and demand answers from those in power.

(This article was first published in https://vimoh.substack.com/)