A well-equipped cancer hospital at Bargarh must be a priority

Over 8,000 cancer survivors of Odisha are struggling for healthcare amidst COVID-19 pandemic. The repeated lockdown, shutdown, containment, unlocking have made their lives miserable.

Out of all the cancer patients of the state, 60% are in the western parts of the state and the majority of them in Bargarh district. The suffering of the patients of western part is several times more considering the fact that there is not a single proper cancer facility there. Most patients depend on government run Acharya Harihar Cancer Hospital in Cuttack and some other private facilities in Bhubaneswar – all over 300 km away. 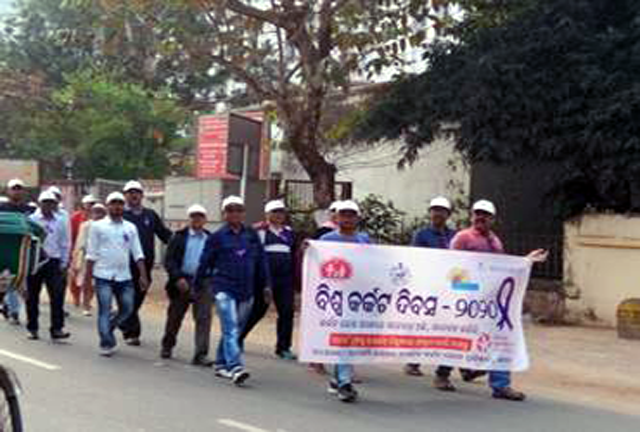 Basanta Sahu, a resident of Bargarh, was diagnosed with tongue cancer in 2011. He is supposed to visit the Acharya Harihar Cancer Hospital in Cuttack every three months for checkups.

But following the COVID-19 pandemic and subsequent lockdown, he has not been able to visit the hospital. The closure of the OPD of the Acharya Harihar Cancer Hospital due to detection of several coronavirus positive cases just after the first phase of lockdown was lifted made the matter worse for Sahu and other patients.

Even now there is no proper communication to travel to Cuttack, due to repeated lockdown and shutdown ordered by the district administrations, he says. Depleting stock of medicine, he adds, has made his fight against cancer too difficult.

Puspanjali Behera, another resident of the district, lost her husband 15 years back to blood cancer. While her family was trying to tide over the loss, she herself became a patient having breast cancer in 2014.

She has undergone for chemotherapy treatments and surgeries in the Tata Memorial Hospital in Mumbai where she is expected to visit every six months. Due to the pandemic, the TMH doctors suggested her to consult doctors at the cancer hospital in Cuttack and travelling there too has become difficult. Like Sahu, she is also running out of her stock of medicine.

While people in the whole country are fight against COVID-19, cancer survivors of the district are also desperately fighting against cancer.

Bargarh is known as the ‘rice bowl’ of Odisha. It was the main beneficiary of the irrigation system of the Hirakud dam when it was built across the Mahanadi in Sambalpur district in the 1950s. Several double-irrigated areas of Bargarh district became pockets of prosperity due to extensive cultivation of paddy; Bargarh is the biggest producer of paddy in the state.

But, over the years, there was a gradual increase in the number of cancer patients.

According to a research paper written in IOSR Journal of Dental and Medical Sciences in 2018 by Dr Ashok Kumar Panigrahi, pharmacologist in the Veer Surendra Sai Medical College and Research Institute (VIMSAR), Burla, 1017 cancer patients were identified in Bargarh in 2014-15, which increased to over 1,100 patients in 2017-18. Dr Panigrahi had conducted a survey in 23 districts of Odisha and found that Bargarh was the worst hit comprising 26.3% of the total patients.

Doctors in Bargarh and VIMSAR cite the excessive use of chemical fertilisers and pesticides as one of the biggest causes of large number of cancer patients. The same is the case in neighbouring Sambalpur and Sonepur as most of those districts’ cancer patients are often found in the agricultural belt connected with the Hirakud dam canal system.

There have been strong demands by the people of the area in recent years for establishment of a state of the art cancer research facility in Bargarh. The cancer survivors of the district have formed a fighters’ group and have been pressurising the elected representatives, administration and the state government for setting up the facility, which will cater to the healthcare needs of cancer patients of not only Bargarh but also all western Odisha districts.

On February 21, 2019, chief minister Naveen Patnaik had announced that a cancer hospital would be established in Bargarh. He reiterated it on January 21 this year at a village in Bargarh during a visit.

On February 6, a three-member team of Acharya Harihar Regional Cancer Centre headed by its director visited Bargarh and said that they would submit a detailed project report (DPR) for a cancer hospital equipped with a radiotherapy unit and two oncologists. Since then nothing seem to have moved.

Aswini Kumar Darjee of the Bargarh cancer survivor group says that had the cancer hospital come up by early 2020, it could have come to the rescue of patients across western Odisha, especially during the COVID-19 pandemic.

It is indeed a matter of concern as there are many poor cancer patients who are not able to afford even travel expenses to go to Cuttack, Bhubaneswar or Mumbai, and are resigned to fate waiting for their slow death.

A cancer hospital in Bargarh is of utmost urgency. It is a genuine demand. The state government must take it up as a priority and speed up its establishment for the larger interests of the people.