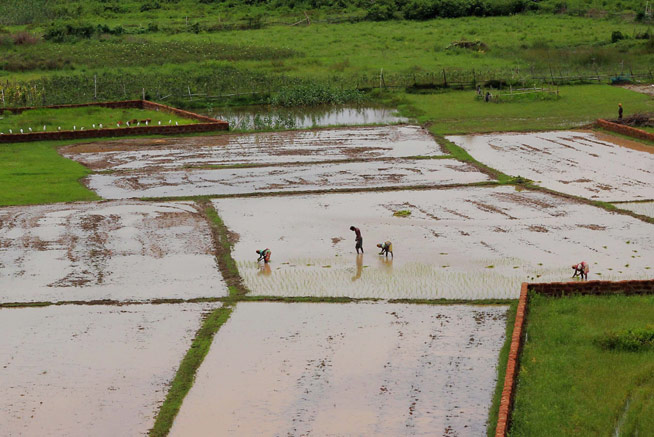 The Narendra Modi government has been successful in clearing three farm bills in both the houses of Parliament. The bills, however, were passed in Rajya Sabha on Sunday in a rather controversial manner in a hurried session without physical voting, extension of discussion and even with muted broadcast raising serious doubts about the government’s intentions.

The three bills are: a) Farmer’s Produce Trade and Commerce (Promotion and Facilitation) Bill, 2020, b) Farmer (Empowerment and Protection) Agreement of Price Assurance and Farm Services Bill, 2020, and c) Essential Commodities (Amendment) Bill, 2020.

Prime Minister Modi described it as a “watershed moment in the history of agriculture”. But the farmers across India do not seem to believe him; farmers in Haryana, Punjab and also parts of Uttar Pradesh are already on a warpath.

Modi never fails to publicise his ‘achievements’. It is strange that recent important decisions by the central government like auction of coal blocks, leasing out of airport to a particular private corporate player and now the introduction and passing of the farm bills have been low-key affairs. They have been pushed vigorously under the cover of media bluster around ensuring justice to film stars even as millions of Indians gasp for basic healthcare amidst novel coronavirus (COVID-19) pandemic.

Ironically, the central government is making laws supposed to benefit millions of farmers of the country without even holding consultation or dialogue with the main stakeholders – the farming communities. Not surprisingly, farmer leaders claim that the Modi government has completely sold out the farm sector to corporate sector with the bills.

There is a reason for farmers’ distrust of the Prime Minister. They are basically worried about two features of the farm bills, which, they say, have the potential to completely ruin them.

The first feature says that farmers can sell their produce to a buyer even outside the Agriculture Produce Market Committees (APMCs) or market yards. The second talks about contract farming where a farmer can enter into an agreement with an agri-company for sale of future farming produce at a pre-agreed price.

Both are dangerous propositions, though the central government has assured that the farmers will get the minimum support price (MSP) even if they sell outside the market yards. There is widespread fear that the market yard or mandi system will be rendered completely ineffective if private companies are allowed to buy directly from farmers.

Consequently, the MRP and market yard system may remain on paper but farmers may be vulnerable to exploitation by the companies far powerful than them. The state government too will lose revenue from market yards if they are rendered ineffective.

The central government may now assure that the market yards will function as earlier but in reality officials will look the other way as they get destroyed gradually just like our government health and education infrastructure. Those who are being exploited by private hospitals and made to pay lakhs of rupees for COVID-19 treatment would definitely understand this comparison.

Contract farming arrangement is much more harmful for farmers. There are over 86% small and marginal farmers in India. Imagine a scenario if a marginal farmer having just five acres of land enters into an agreement with a big agri-company and has a dispute with it sometime later.

Can the farmer come out of the agreement, maybe an exploitative one, easily? Can he fight a prolonged court battle with the company, a much powerful entity? Will the government officials come to his rescue or side with the company? There are fair chances that the marginal farmers lose their lands and end up as daily labourers working in their fields controlled by companies.

The bills certainly allow the corporate players to have a major slice of agriculture – the most important sector of India’s economy providing employment to over 50% of the country’s workforce and accounting for 18% of GDP – in a big way. They offer enough opportunities to the corporate sector to dictate price and stock commodities at the expense of the farmers.

Farmers have been suffering for a long time, long before the Modi government came to power – since the economic liberalisation in 1990s. With more focus on increasing production for markets and without required support to farmers like water to every field and institutional loans, the government has made agriculture expensive for them.

Over the years, farmers have been compelled to leave farming. Lakhs of farmers have committed suicide due to debt and drought. This has led to loss of jobs for farm labourers. According to the periodic labour force report by National Sample Survey in 2017-18, at least 3.2 crore unorganised labourers lost their jobs in India and a majority of them were farm labourers.

The present farm bills will only accelerate the process of farmers leaving agriculture and loss of jobs of farm labourers. It will instead help corporate monopoly in farming that is not good for farmers, consumers and the country as a whole.