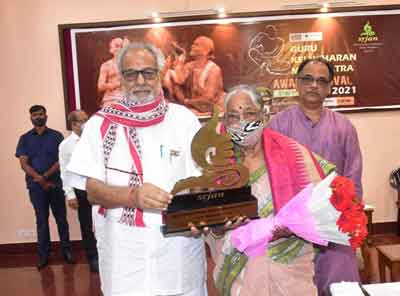 The award was presented to Devi on the concluding evening of the 27th Guru Kelucharan Mohapatra Award Festival.

This was followed by the presentation of the Guru Kelucharan Mohapatra Yuva Pratibha Samman, which focuses on reviving the all-important role of the solo artiste in the classical idiom. The award carries a cash prize of Rs. 25,000 and a citation.

The Governor presented the Guru Kelucharan Mohapatra Yuva Pratibha Samman 2021 to Arushi Mudgal for Odissi dance acknowledging her continued dedication to the art and in recognition of her inspiring performances, and to Ramachandra Behera, recognising his inspiring work and commitment to the field of Odissi music (Mardala).

The award ceremony was conducted with strict adherence to all the government mandated COVID-19 safety guidelines, while maintaining the required social distancing norms.

The much-awaited finale was a presentation by the Srjan ensemble, which, under the direction of Ratikant Mohapatra perform extensively within India and overseas, presenting compositions with fast-paced movements, innovations in dance and music, and depicting popular themes, within the Odissi idiom. 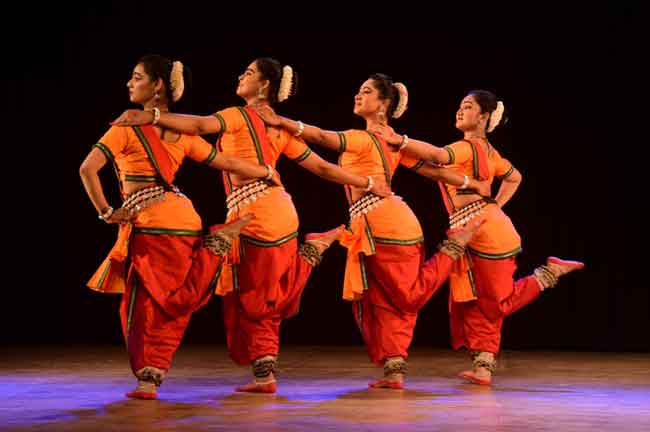 Srjan presented a bouquet of neo-classical innovations in Odissi dance, the presentations of which were all carefully and aesthetically conceptualised, and choreographed by Mohapatra, the driving force behind Srjan’s success.