Odisha Channel Bureau
Bhubaneswar: The five-day-long annual Konark Dance Festival 2020 which saw a series of performances by eminent dancers from different parts of the country concluded at Konark on Saturday evening.

The festival, held in adherence to the COVID-19 restrictions, was the first such cultural festival to be held in the country during the post lockdown period. 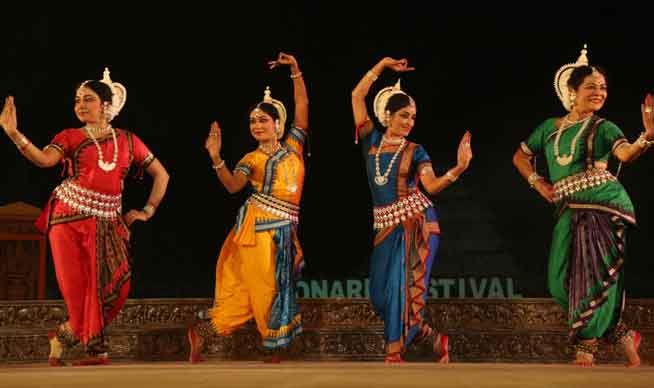 The concluding evening of Konark Festival witnessed amazing dance rendition in Odissi and Kathak being enchanted by rhythmic portrayals of Love.

Senior artists from GKCM Odissi Research Centre came up on the stage with Mangalacharan dedicated to Lord Surya Deva, the presiding deity in the temple at Konark.

It was followed by Shankaravarana Pallavi on the compositions of Guru Kelucharan Mohapatra and Guru Bhubaneswar Mishra.

The enactment of Krushna Gatha on the popular lyrics of Odia medieval poets exhibited love between Krishna, Radha and Gopis. 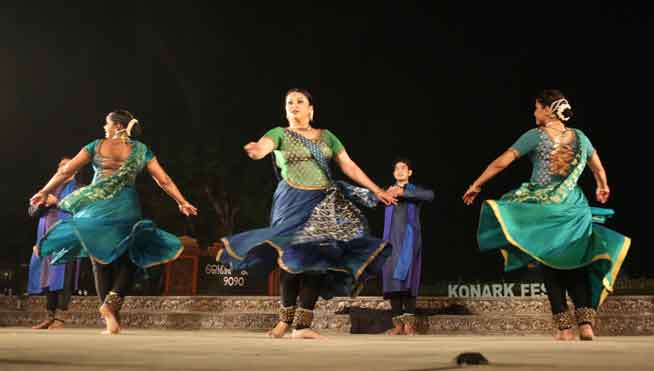 In Kathak Triveni exhibiting musical composition based on the three rivers enthralled one and all.

The concluding item in Kathak was changing landscape – love as passion. Love as a life force got rhythmically recited on the stage to the appreciation of the viewers.

On the fourth evening of the festival on Friday, the audience were left enchanted by rhythmic portrayals of tales from the epics through a series of performances by a troupe from Ranan, Bengaluru led by noted choreographer Vikram Iyengar.

The second set of performances on Friday were of Odissi by Bhubaneswar’s Rudrakshya Foundation led by Guru Bichitrananda Swain and troupe.

As in every year, enthusiasts return to Konark to witness how Indian classical dance forms express India’s prominent stories in diverse manners, despite emphasising similar cultural values that bind India together. 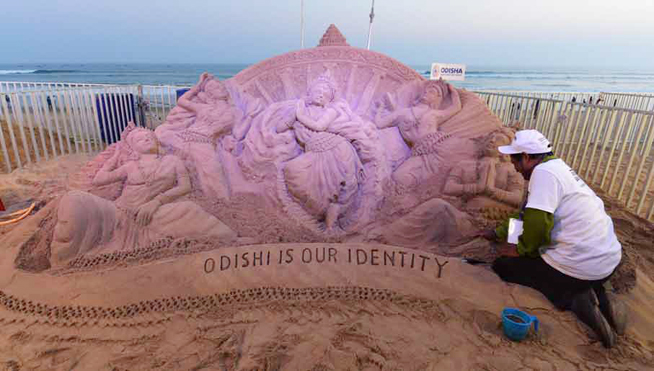 The International Sand Art Festival also concluded in an artistic note with sketch of bravura piece of art on sand carrying a message.

The sand art festival witnessed creations paying tributes to the Indian Navy on the occasion of Navy Day, besides other creations on COVID awareness, fairs and festivals and the highly anticipated glamping festival of Eco Retreat Odisha.