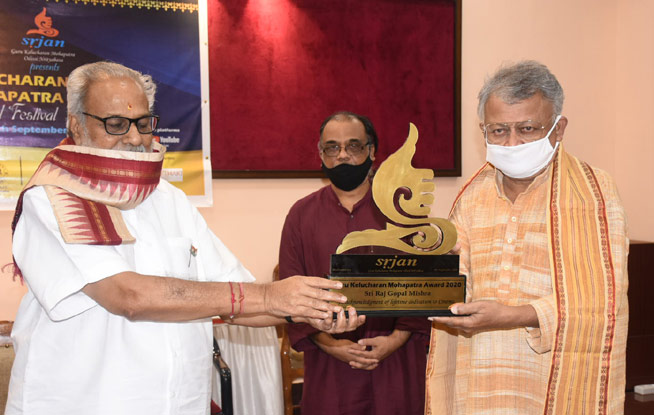 Mishra, who is popularly known as Raju Mishra, has made many blockbusters such as Chaka akhi sabu dekhuchi, Asuchi mo kalia suna, Pua mora kala thakura, Jor jaar mulak taar, among others.

For his versatility and pioneering cinematography, Raju Mishra received this coveted award which carries a respectable allocation of Rs. 1,00,000 and a citation. This was followed by the presentation of the Guru Kelucharan Mohapatra Yuva Pratibha Samman, which focuses on reviving the all-important role of the solo artiste in the classical idiom. The award carries a cash prize of Rs. 25,000 and a citation.

The Governor presented the Guru Kelucharan Mohapatra Yuva Prativa Samman 2020 to Pravat Kumar Swain for Odissi dance acknowledging his continued dedication to the art and in recognition of his inspiring performances, and to Himansu Sekhar Swain, recognising his inspiring work and commitment to the field of Odissi music.

The entire award ceremony was conducted with strict adherence to all the government mandated COVID-19 safety guidelines, while maintaining the required social distancing norms.

The programme also featured two short video presentations of the 60 Guru Kelucharan Mohapatra Awardees over 25 years, and the Yuva Pratibha Samman recipients over the years. 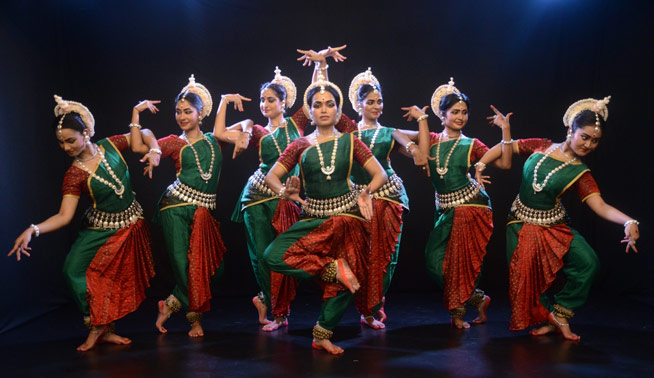 The much-awaited finale was a presentation by the Srjan ensemble. Srjan presented Anweshanaa – In search of excellence, a bouquet of neo-classical choreographs in Odissi dance, the presentations of which were carefully conceptualised and choreographed by Ratikant Mohapatra.

Upholding their commitment towards diligence and professional excellence in their service of art, Srjan conducted the programme seamlessly on the online platforms.

The festival was also attended virtually by several dignitaries, influential citizens, luminaries from the world of art, and audiences from across India and abroad. The festival was curated and designed by Ratikant Mohapatra, with the programme execution by Debiprasad Mishra.