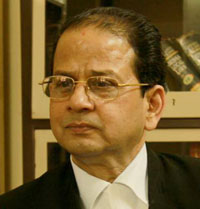 Odisha Channel Bureau Bhubaneswar, Oct 21: Senior advocate Surya Prasad Mishra has been appointed as the new Advocate General of Odisha.Mishra’s appointment to the post of the Advocate General was announced by the Odisha Government on Tuesday.Mishra was elected president of the Orissa High Court Bar Association earlier this year.The post was lying vacant since former Advocate General Ashok Mohanty relinquished his position after the State Government accepted his resignation on September 12.Mohanty was subsequently arrested by the Central Bureau of Investigation for his purchasing a house from Pradeep Sethy, owner of the Artha Tatwa Group involved in the mega chit fund scam Mohanty was later granted bail by a local court in Bhubaneswar.