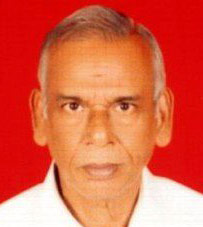 Odisha Channel Bureau Bhubaneswar, Sep 13: The Biju Janata Dal Government has always been claiming to be responsive, but it took four months to accept the resignation of Ashok Mohanty as Advocate General of Odisha.Mohanty, whose name has figured in the chit fund scam for allegedly purchasing a plot from the AT Group, had sent his resignation letter to Chief Minister Naveen Patnaik on May 17, a day after the ruling BJD won the elections in the State.But for reasons best known to him, Patnaik accepted Mohanty’s resignation only on Friday (September 12), and Mohanty relinquished his position thereafter.The inaction on the part of the State Government was so visible that it also failed to appoint another lawyer as the new Advocate General of the State while accepting Mohanty’s resignation.Even though it took four months to accept Mohanty’s resignation, it was not able to select another senior lawyer for the post in these many days.According to reliable sources, many senior lawyers are now lobbying hard to grab the Advocate General post.The job of an Advocate General is crucial as he gives advice to the State Government on a series of legal matters.