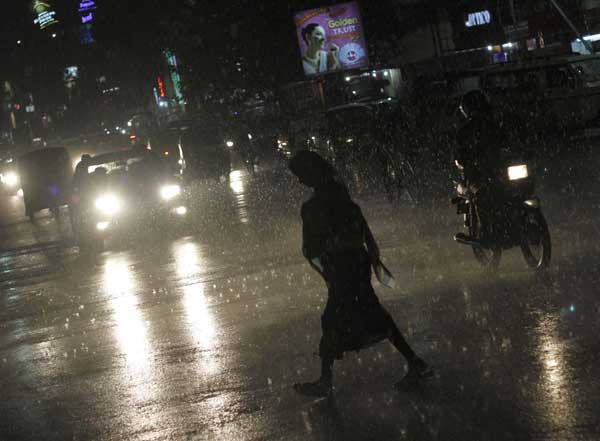 Odisha Channel Bureau Bhubaneswar, June 11: At long last, the much-needed pre-monsoon showers lashed some places in Odisha, including the Capital city of Bhubaneswar, on Thursday evening bringing down temperature.Though the monsoon was expected to hit Odisha within a few days, the brief showers took the people of the city and other places by surprise.Many people were seen braving the rain in Bhubaneswar as it brought relief for them from the scorching heat.Bhubaneswar had recorded the season’s maximum day temperature of 44 degrees Celsius.The summer has been unforgiving this year and there have been over 40 deaths due to sunstroke in Odisha.The Capital city recorded maximum day temperature of 38.7 degrees Celsius on Thursday, and the temperature was likely to be around 37 degrees Celsius on Friday, according to the Bhubaneswar Meteorological Centre.Squall accompanied with hail and gusty surface wind with wind speed reaching 70 kmph may occur over some places in coastal Odisha on Friday and Saturday, according to the Centre.Heavy rainfall was likely to occur over one or two places in interior Odisha on Sunday and heavy rainfall was expected at many places in the State on Monday, according to the weather bulletin issued by the Centre on Thursday evening.