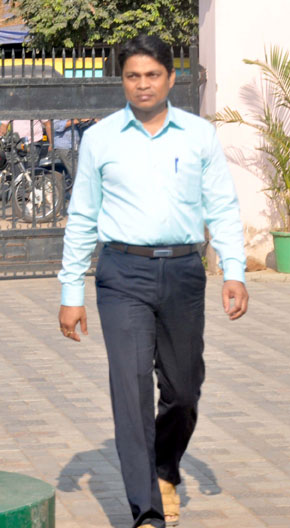 Odisha Channel Bureau Bhubaneswar, Nov 22: Central Bureau of Investigation investigating into the mega chit fund scam in Odisha has found a link between the Ponzi scam and Naveen Nivas, the residence of Chief Minister Naveen Patnaik.The investigating agency summoned Saroj Kumar Sahu on Saturday afternoon for questioning in connection with the scam, sources said.Sahu, personal aide of the Chief Minister, has been working at Naveen Nivas as well as in the office of the ruling Biju Janata Dal for the past several years.Sahu is the authorised signatory of the BJD and had his signature in many press releases issued by the party in the past.Asked about his arrival at the CBI office here, Sahu told journalists that he was summoned over the phone and he was not aware in what connection he was called by the CBI officials.Sources, however, revealed that Sahu was summoned for questioning about his alleged links with the Seashore Group, one of the major companies involved in the scam.Sahu did not reveal anything about his questioning by the CBI after he came out of the investigating agency’s office.The CBI has already arrested several BJD leaders in connection with the scam.They include Mayurbhanj Lok Sabha Member Ramachandra Hansdah and sitting legislator from Banki Pravat Tripathy.Both Hansdah and Tripathy were suspended from the party soon after their arrest.Pyarimohan Mohapatra, president of Odisha Jan Morcha and former advisor to Naveen Patnaik was questioned by the CBI on Friday in connection with the involvement of the Seashore Group in the scam.