Ajit Das, an actor of life and natural grace

Kedar Mishra
Ajit Das was not an actor, acting was his life. He was as natural as a flow of river on screen. As an actor he was Calm, quite, gentle and sophisticated. In Odia film, he was the most handsome hero, but very consciously he had avoided the aura of stardom. 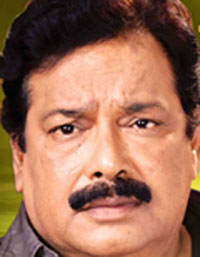 I have not seen an actor as natural as him. He was hero of our time. I still remember watching his film “Jhia ti Sita pari” (the girl like Sita) again and again in my college days. He was playing the role of a doctor who can’t speak.

He was so graceful and expressive. Basically he was a man of theatre. Film was a kind of bypass for him. Until last, he was wedded to the stage. He was always comfortable on stage, despite his stellar presence on the silver screen.

It’s sad and shocking to talk about Ajit Das in past tense. COVID-19 makes Odia film truly poorer. A couple of months ago Bijay Mohanty, another veteran actor was dead. Both Bijay Mohanty and Ajit Das were the alumni of National School of Drama, New Delhi. Both were colleagues in Utkal Sangeet Natak Mahavidyalaya, Bhubaneswar as teachers. They were close friends in life and closer in death now.

Ajit Das was born in Karanjia of Mayurbhanj district on 20th January, 1949. Acting came to his life through blood. His father Sudhir Das was a renowned theater personality and naturally father’s art transferred to young Ajit.

He started appearing on stage since his adolescent days. Later he joined National School of Drama as a student and developed his acting skill and methodology there. His was the golden time in NSD. Veterans like Om Puri, Naseeruddin Shah, Pankaj Kapoor and others came out from that golden campus.

Ajit Das started his film career in Odisha as a negative character in the super hit film “Sindura Bindu”. It’s unusual to think that a man of tremendous grace and calmness to act as villain. As lead actor he got his break after a couple of years in “Meghamukti”.

After that he entered into the glorious circle of stardom as the most handsome man of his time. Many of his films got tremendous box office success, but the man never stood up as a star. Very consciously he rejected stardom. He was an actor, a committed and perfect actor. Never in his career has he gone beyond his sophisticated mark of artistry.

He was the only actor who was never ever melodramatic on stage or on screen. His stellar performance in “Hakim Babu”, “Para Jhia Ghara Bhangena”, “Paradeshi Chadei”, “Tunda Baida”, “Phula Chandana” etc shall always be remembered.

Odia film and theatre shall never be the same without Ajit Das.