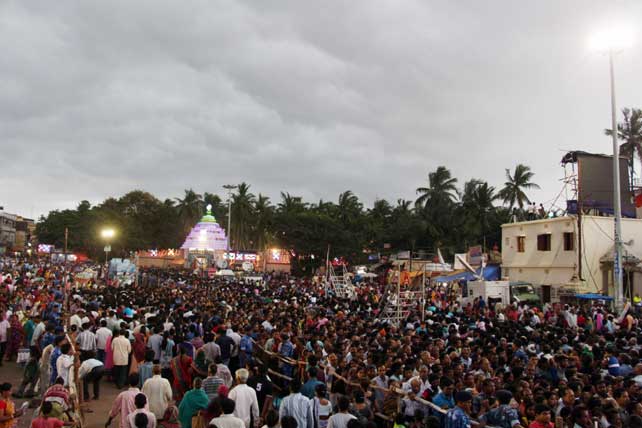 Odisha Channel Bureau Puri, July 26: The rituals for the Bahuda Yatra or return car festival of Lord Jagannath, Lord Balabhadra and Devi Subhadra began here early this morning.The pulling of the chariots from Gundicha temple to the place in front of the Sri Jagannath temple carrying the deities would be held in the afternoon.The Rath Yatra of the deities was held on July 18 when the chariots were pulled from the Sri Jagannath temple to Gundicha temple.The chariots will be pulled by lakhs of devotees after the deities are brought to their respective chariots in Pahandi procession around noon.The Suna Besha of the deities atop the chariots would be held on Monday.The Adhara Pana ritual of the deities would be performed on Tuesday. The Niladri Bije of the deities, entry of the deities into the main temple, is scheduled to be held on July 30.Adequate security and traffic arrangements have been made by the police to make the return car festival trouble-free.East Coast Railway is also running several special trains for the benefit of the tourists to witness the Bahuda Yatra and Suna Besha.