Odisha Channel Bureau
Bhubaneswar: Over 200 servitors in Lord Jagannath temple in Puri have got infected with novel coronavirus while four of them have succumbed to the virus infections so far, Shri Jagannath Temple Administration (SJTA) officials said on Friday. 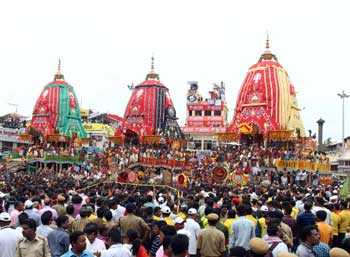 “Though a large number of servitors and priests have contracted the disease, many of them have recovered. Currently, 113 infected servitors are under medical care at the COVID care centres,” said Ajay Kumar Jena, Administrator (Development), SJTA.

The daily puja rituals of the deities have not been affected. The servitors have been provided with immunity-boosting homeopathic drugs to keep the servitor fraternity healthy. A testing centre has become operational exclusively for servitors and their family members, he said.

The servitors were subjected to COVID-19 tests ahead of the annual Rath Yatra earlier in June. After the festival concluded, they were again tested. Less than a dozen of servitors had been found contracting the virus.

However, side by side with infection spreading fast in Puri town in August, the servitors had increasingly got infected. The temple servitors who live in localities scattered across the pilgrim town of Odisha mostly contracted the disease from earlier positive cases, officials added.

The number servitors and their family members infected by coronavirus could be higher since many people were not volunteering to get tested, an official confided.