Jayanta Mahapatra: A Poet of Belief

The nonagenarian genius of Indian English Poetry, Jayanta Mahapatra is alive and kicking in his creativity. His recently published book, the Puri Poems in 2018, is a significant contribution to his colossal body of poetry, exclusively dealing with the deepest of human emotions of grief and nostalgia. 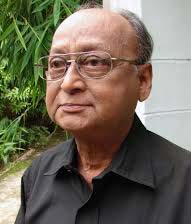 With no material pleasures to rely on at this stage, Mahapatra has sought his way back to the root of Odia culture and religion, through “Puri”. The book, Sky Without Sky, underlines this wide atavistic sentiment in a very small space.

Pervaded by thought and music, his poems lay bare the continuity of life from the beginning to the end. Despite the sense of continuity involved, he does not dispense with punctuations in his poems. Each stanza is separate episode in itself.

In one stanza, he is intimidated by “suffering in the branches, suffering in the roots”, by the vice of attachment. In the succeeding stanza there is a tinge of longing to feel loved. Even when he is enveloped in a dark world of misery, seeing his loved ones succumb to the nothingness, music turns up in his poetry, as if to calm the perturbed mind of the readers in our society divided by the superfluities of religions.

“The Lord of the Universe”, though not explicitly written, does refer to Lord Jagannath whom he has come to accept as his soul-saviour, in life as well as in poetry. “Who dances here?” – for all his positivity, an eternal question plagues him throughout in times of despair and doubt that the lord refuses to answer. Mortals fall short of time. Therefore, they can only revel in the recesses of consciousness, they can only hope, not expect.

Not unlike John Keats, Mahapatra creates poetry from nature; with submission of pain, and dwelling in its agony has been his primary motive rather than resolving the mainstream activity of his nostalgia for a lost past. “Thought”, here, is the fabric of reality for him – personified as “one sitting cross-legged” and one becoming a “victim” to a man’s hopeless moments.

In a slim volume where helplessness reigns supreme, terms like “sanctum sanctorum,” “Puri Bay”, “Swargadwara”, the “twenty-two steps”, are nevertheless the symbolism of a well-knit religious narrative escalating present discomfort to lighter moments.

His poems in this book cede an abandon of space to what can be called the modern day jananas of Lord Jagannath. There is no explicit question of salvation here. “I can still hear/the faint flutter of birds/in the tree/that stood in the depth of my heart.” This is how he would like to answer subtly the obscure questions of scepticism in an illusionary world. Setting himself free from the burden of unintelligible anxiety, he leaves everything in the Lord’s hand.