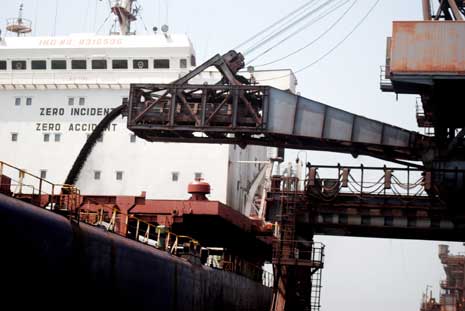 It’s pertinent to note here that major Paradip Port had received a dubious branding by international consultancy farm Port of Antwerp International (PAI), Belgium.With a view to increase the efficiency of the port, the Ministry of Shipping had recently appointed consultants from Belgium who had done quick scan study of Paradip port along with Kandla port.The study had found that the major port on eastern coast is not trade-friendly and being hit by mismanagement.Refusing to comment on the PAI ruling, the port officials said the cargo handling figures of all India major ports emphasizes that Paradip port continues to be the leading port among the major ports in east coast of with Visakhapatnam following it as handling 2nd highest volume in cargo handling.This has been made possible only due to efficient port management and conducive trade environment, deputy chairman Vaiyapuri felt. The growth of traffic in PPT is primarily attributable to commodities like various types of Coking and Non-Coking Coal (for steel and power industries), Lime stone and other dry bulk cargo.The total coal handling at Paradip Port in the first 4 months stands at 13.20 Million tonnes as against 8.86 million tonnes handled during the corresponding period of previous year with an increased growth rate of 15.59%.During the said period, Paradip port has handled 529 ships as against 471 ships handled during the corresponding period of previous year.Incidentally, among the major ports of India, Paradip Port stands out as the largest coal handling port in terms of volume with 13.20 MMT followed by Ennore Port with 8.69 MMT in the first four months of 2015-16 fiscal.Paradip Port continues to be one of the most preferred ports by exporters and traders for handling dry bulk cargo amongst all the major ports because of its location advantage and strong hinterland connectivity, added the port official.