Odisha Channel Bureau
Puri, Aug 26: Nepal’s Consul in Kolkata Sita Basnet has assured that steps would be initiated to provide Kasturi (musk) for use in Lord Jagannath temple.The assurance came when Basnet met Administrator of the Sri Jagannath temple here on Tuesday. 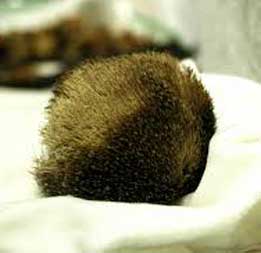 Musk is normally not available in India.It is collected from a special species of deer known as musk deer. And the deer is found in Nepal only.Since time immemorial, the hierarchy of Nepal kingdom, considered an ardent devotee of Lord Jagannath, was providing musk for religious service of the deities. During Nabakalebara, the quantity of musk requirement was high as it is used on the body of the deities to protect from termites and other insects.

Musk is also served everyday in betel before the deities go for sleep.For unknown reasons, however, the supply of musk from Nepal was stopped since 2002. The requirement was fulfilled by the generous donors and devotees. The temple chief administrator of the temple had informed the matter to the state chief secretary of Odisha Government.

The state chief secretary had written a letter to the Ministry of Foreign Affairs to take up the issue with the Nepal Government to provide the musk for the Nabakalebara ritual of Lord Jagannath. The Consul met the temple administrator P.K.Hota and discussed about the requirement of musk for the deity. Talking to journalists after the meeting, Basnet said Nepal has rich cultural and religious bond particularly with Jagannath temple. “I would place the matter before the Nepal government to ensure supply of musk,” she said.