Odisha Channel Bureau Bhubaneswar, Oct 10: Odisha Chief Minister Naveen Patnaik today emphasized the need for translation of Odia literature into English and other Indian languages.“I have always emphasized the need for translating our classics, ancient and modern, into English and other Indian languages and making them accessible to a large readership in Indian and abroad,” Patnaik said. 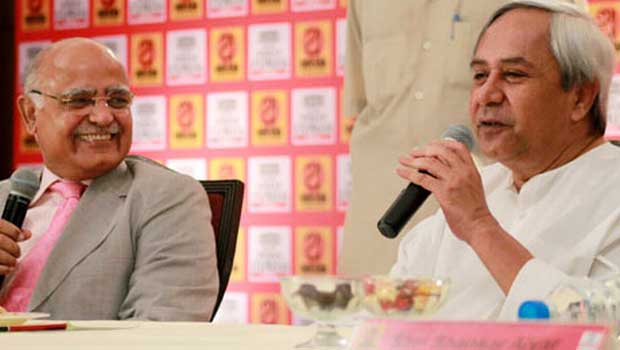 “In this context, the Hindi translation of Sarala Mahabharat, which was recently released in New Delhi, is a step in the right direction.More such initiatives should be taken in future,” said Patnaik while inaugurating the fourth edition of the Odisha Literary Festival organized under the auspices of The New Indian Express here.Expressing his happiness that a session of the festival was devoted to reflection on the state of Odia literature today and its future, Patnaik said the fact that classical status has recently been conferred on Odia has given us great satisfaction and a measure of pride.“This status was granted to Odia on the basis of the richness of its literary tradition.The foundation of Odia literature was laid by geniuses like Sarala Das, Balaram Das and Jagannath Das.Their distinguished successors like Kabi Samrat Upendra Bhanja, Kabi Surya Baladev Rath, Bhima Bhoi, Radhanath Ray and Fakir Mohan Senapati built upon this strong foundation and raised a magnificent edifice which the world admires,” he observed.“In our own time, poets, novelists, essayists, playwrights and short story writers have enhanced the glory of this edifice through their brilliant creations.“But the grant of classical status should not render us complacent and tempt us to rest on our laurels, we should become aware of the challenges we have to measure up to and the heavy responsibilities we have to shoulder,” Patnaik observed.Appreciating the efforts of the festival organisers, the Chief Minister said that literary festivals have assumed immense relevance today across the world as they foster a love for literature and reading, countering in the process the threat posed to the printed word in a culture dominated by the moving image.“At festivals like this, literature is brought out of the realm of cold print and transformed into a vibrant living presence,” he added.