Odisha Channel Bureau BARGARH: The ruling Biju Janata Dal’s farmers’ rally at Sohela at Sohela in this western Odisha district today has evoked serious criticism from opposition parties and farmers’ bodies because it is being held in the absence of all the three Ministers in-charge of issues relating to farmers. 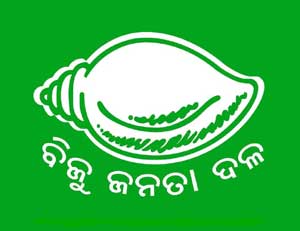 Chief Minister Naveen Patnaik, who gives more importance to Bureau crats than his Ministers, has asked Agriculture Minister Pradeep Maharathy, Revenue and Disaster Management Minister Bijayshree Routray and Cooperation Minister Damodar Rout not to attend the Chasi Samabesh (farmers’ rally).The BJD is organising the rally under the supervision of several senior leaders and Ministers to salvage its image that has suffered a severe dent in the wake of over 100 farmer suicides due to drought and loan burden.The three Ministers who have been barred from the rally had made statements over the farmers’ suicides that had attracted serious criticism from the opposition Congress and BJP putting the government in a tight spot.The absence of Maharathy, Routray and Rout at Sohela has given rise to speculation that the three may be dropped from the Cabinet days before the commencement of winter session of Odisha Assembly scheduled to begin on December 1.Chief Minister Naveen Patnaik, who is scheduled to address today’s farmers’ gathering, is likely to announce some sops for the distressed farmers.But he is likely to face further more criticism from opposition subsequently as benefits of the package that he announced few weeks ago is yet to reach drought-hit farmers.The opposition has come down heavily on the BJD as it has organised the rally by spending crores of rupees when farmer suicides are being reported from different districts on a daily basis. The State government has so far not admitted that distressed farmers were committing suicides due to crop loss and loan burden.The Chief Minister has not visited the house of even a single farmer who committed suicide in the recent weeks.