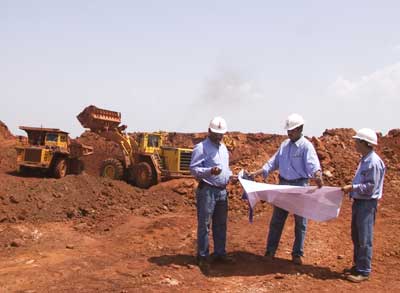 Odisha Channel Bureau
BHUBANESWAR: National Aluminium Company Limited has been granted Pottangi bauxite mines in Koraput district of Odisha where the company’s 22,75,000-tonne alumina refinery is located.As per a recent order issued by Department of Steel & Mines, Government of Odisha Nalco has been granted the mining lease of Pottangi with an area covering 1738 hectares for a period of 50 years, according to the company.

Speaking on the occasion, Tapan Kumar Chand, CMD of the company, said that now it is Nalco’s turn to live up to the expectations of both Centre and State, as also the people of Odisha, through expansion, investment and CSR initiatives.Nalco’s expansion plans, including the proposed addition of 5th stream in its existing alumina refinery at an investment of Rs.5,600 crore greatly depended on this additional source of bauxite.