Odisha Channel Bureau
Bhubaneswar: Legendary writers Ruskin Bond and Manoj Das will inaugurate the third edition of the Tata Steel Bhubaneswar Literary Meet (TSBLM) at the Trident Hotel of the city this afternoon. 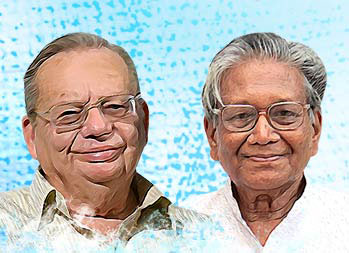 Apart from Bond and Das, many eminent personalities will attend the three-day meet that will continue till January 13.

Prominent faces of Odia literature including Paramita Satpathy, Ramachandra Behera, Jatindra Nayak and Gourhari Das will also take part in the event, which is being organised in association with Sambad Group.

Among other sessions, the second day of the meet will find children throwing questions at Manoj Das and Ruskin Bond conversing on writing for children across five decades.

On the third day Barkha Dutt will be in conversation with top political leaders on “Is there a New Political Order in India?”

Another session will be `Manto the Writer, his Legend and the Film’ in which Nandita Das will answer questions on her forthcoming biopic.

The literary meet will end on Saturday evening with A Million Sitas, a dance performance by Anita Ratnam.