From Bijepur to Gorakhpur, is it BJP’s beginning of the end?

In the first quarter of March Indian politics had come across multiple twisters and the prefixed invincibility of BJP got serious injuries all over its body. On 28th February BJP faced a humiliating defeat in Bijepur Assembly constituency in the western part of Odisha where their tall claim to set up a spectacular victory against ruling BJD fell flat. 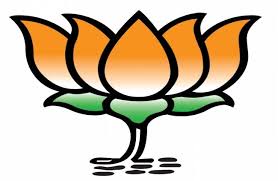 In Bijepur, Odisha BJP invested all its wealth and energy for nothing, but to be defeated by a huge margin of 41,932 votes. After Bijepur defeat there comes a silver lining from the north eastern state Tripura where BJP capably ousted a formidable left government ruling there for last two and half decades.

After Tripura victory, few over optimist BJP supporters in Odisha started talking about a repeat of Tripura model in Odisha. Speculative social media circle of the state speeded unsubstantiated news saying that Sunil Deodhar, Tripura-in-charge of BJP may come to Odisha to steer an aggressive campaign against Odisha Chief Minister Naveen Patnaik.

Giving a ground to such speculations in a post victory press conference BJP’s national president Amit Shah declared that “BJP’s golden period only when party wins Odisha, Bengal and Kerala”. Drunk with overpowering success Shah forgot the humiliating defeat of his party in Bijepur of Odisha and Uluberia of Bengal.

Somehow Amit Shah’s golden dream got a whipping blow when the earth shaking byelection results of Gorakhpur and Phulpur of Uttar Pradesh and Araria of Bihar were declared. BJP lost all three Lok Sabha seats.

Gorakhpur which was a strong BJP bastion and earlier represented by UP chief minister Yogi Adityanath, the new poster boy of Hindutva went to Samajwadi Party’s pocket. In last six months BJP had lost seven Lok Sabha byelections in Bengal, Punjab, Rajasthan, UP and Bihar. Gorakhpur and Phulpur defeat wiped out the euphoria of Tripura victory and political equations in north part of India looks grim to BJP. Modi-Shah duo’s victory machine has started showing troubles and runs out of fuel. The mythical invincibility theory of BJP in north India is now seriously being challenged.

With such political ecosystem can BJP be a serious challenger to Naveen Patnaik in 2019? Will it be possible for BJP to reach a simple majority mark in upcoming Assembly election? BJP lost Odisha when Modi wave was on its peak, today on the shadow of waning Modi wave will BJP be able to create some miracle? Evaluating present political scenario one can certainly predict that there is no serious challenge to Naveen Patnaik’s leadership in 2019, but one should not rule out the old saying that there is always a gap between the cup and the lips. BJP’s stunning silence after Bijepur and Gorakhpur may soon be over and they may bounce back at any point of time with their new aggression. BJP is known for its never say die spirit. Well, Will that spirit of aggression be enough to unseat Naveen Patnaik who looks pretty cool and more confident?

BJP’s traditional strategy of religious polarisation will not be a workable option in Odisha. The State is also never prone to caste polarisation. BJP also failed to touch the extra white image of Naveen Patnaik and their verbal attack on him had hardly had any ground.

Tripura model in Odisha will never work as there are strong demographic and socio-political differences in both the States. One must not forget the very fact that BJD is not as conservative as CPI-M and BJD has its own electoral vehicle which is far superior to BJP in terms of organisation and booth management. In last two decades BJD has evolved a multi-layered managerial system which enabled the party to win every election they stand for.

In near future there is hardly any chance where one can predict the success of BJP in Odisha.

(Kedar Mishra is freelancer writer, political commentator and art critic based in Bubaneswar. He can be reached at kedarsikha@gmail.com)