Odisha Channel Bureau
Bhubaneswar: Odisha Biennale 2019, an enthralling International Art and Cultural festival, is taking place from 23rd to 31st December at Kalabhoomi, Odisha Crafts Museum, in the Pokhariput area of the city.

The event is meant to be a platform for artists from all over the world and the audience to learn about and explore different cultures and different types of art. The Editorial Design Workshop facilitated by Chiaki Aizama, Nanako Koyama and Rie Goto educated the participants in developing their writing and composition skills. 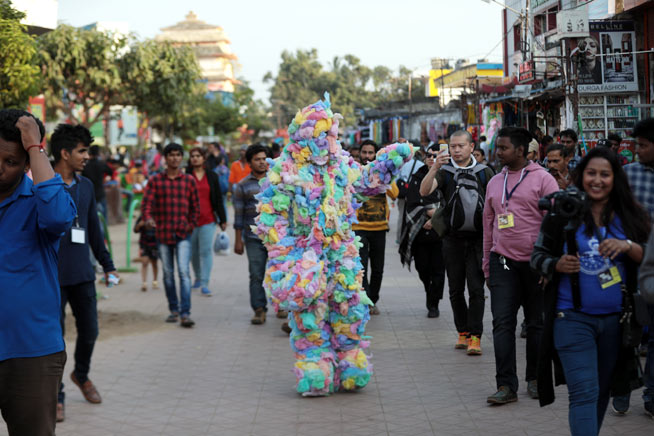 The Bamboo Quilling workshop by Mr Antik and Mr Shashank has enabled the participants to unlock the creativity within themselves through learning how to create art from bamboo. They also explained the uses of Bamboo and how it can replace steel, plastic and other materials.

“You are not alone” is the “Lost Alien’s” message, (Osamu Adachi) which he aims to spread among the people of Bhubaneswar. He has visited different sites of the city wearing a mascot designed by him to reach out the crowd. “Find him or else he will find you”. 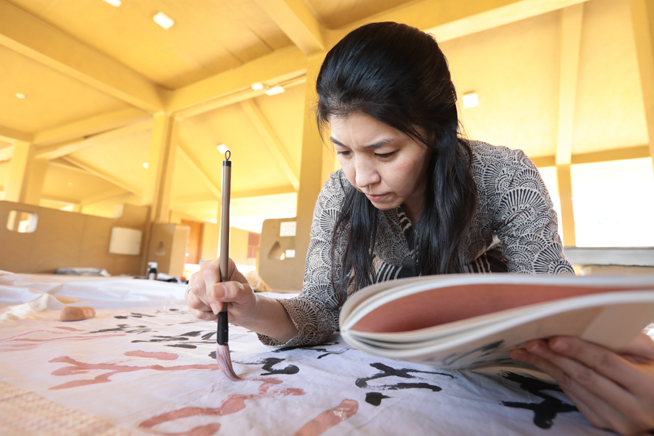 They formed a company in 2014. They value the drawing of the delicate parts of the spirit by dancing, and they believe in the assembly of detailed choreograph to create scenes.

They focus on hidden emotions and appearances, searching for a way how to create dance works that capture distortion that exists in daily life. 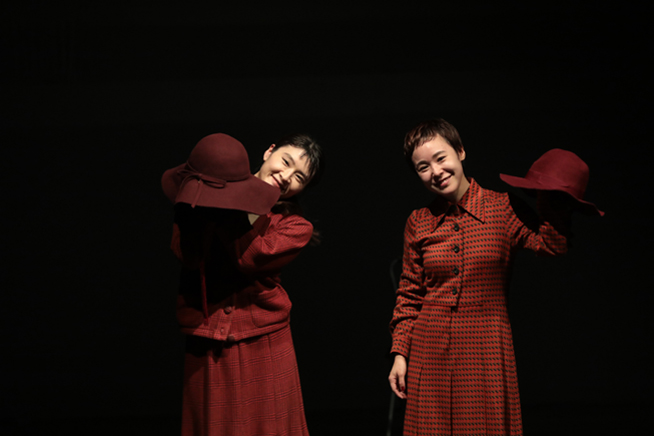 Mahesh Vinayakram and Akito Senngoku will be collaborating on a Visual Music Illusion on 29th December at Kalabhoomi from 7pm onwards.

The entire schedule of events is available in the Odisha Biennale website (https://www.odishabiennale.com/) and their Facebook page.