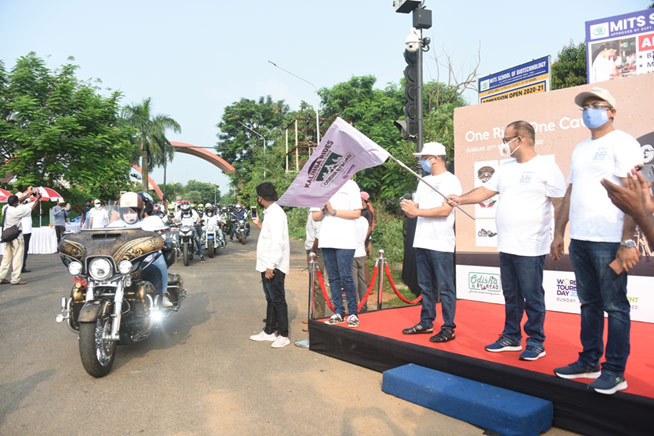 Prafulla Das
Bhubaneswar: The World Tourism Day 2020 was celebrated by the Odisha government’s Department of Tourism by highlighting the State’s immense potential for ecotourism on Sunday with an objective to revive the sector in the post-lockdown period.

Since ‘tourism and rural development’ is theme of this year’s World Tourism Day, the Odisha Tourism Department that terms Odisha as “India’s Best Kept Secret” organised several events and announced a series of measures to revitalise the tourism sector and help reboot the economy.

Odisha Tourism organised Kalinga Rides, a super bike rally, consisting of 80 superbikes from as many as nine superbiker groups in Bhubaneswar early in the morning to mark the occasion. The rally with the slogan `adventure with a cause’ was flagged off at 7:30 am from Info-city Square and it covered 25 km to culminate at Dhauli Shanti Stupa.

The concluding ceremony was held at Dhauli where a message from the Chief Minister was read out in which he announced opening of tourism in the State and welcomed all to visit Odisha.

The Tourism Department said that all kind of precautionary measures have been taken for safety and security of tourists.

In his message, Patnaik highlighted about the award winning initiative of ecotourism nature camps run successfully for five years by the communities and which is in line with this year’s World Tourism Day theme of `rural tourism’.

The Kalinga Rides – Superbike Rally marked the formal launching of the “Odisha by Road” campaign. This campaign aims to encourage tourists from within the State as well as from the neighboring States to travel to various tourist destinations in Odisha through the excellent network of quality roads. 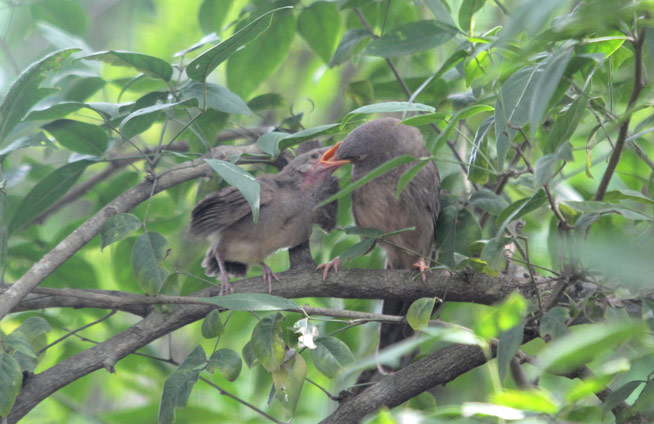 Tourist flow to the eco-tour nature camps and properties of Odisha Tourism Development Corporation (OTDC) and spending nights at such destinations is expected to give boost to the tourism sector in the hinterlands of the State and revive the economy.

The authorities are hopeful that social media posts of the road trips by such tourists are also expected to boost the positive image of Odisha. OTDC has recently announced a day picnic package named “Bana Bhoji” that is expected to boost tourism among the Odia tourists by arranging visits to nearby nature camps.

On this occasion a campaign for promotion and popularisation of Odia cuisine was announced through a chain of authentic Odia cuisine restaurants named “Nimantran” by OTDC.

Although food is closely-linked to tourism Odia cuisine as an aspect of Odia culture has so far been largely unexplored and the need for promotion of a variety of Odia cuisine is being attended to by this initiative.

The Nimantran chain of restaurants will be managed by OTDC through a dedicated wing and a variety of menu of authentic Odia cuisine drawn from various districts of Odisha will be catered in these restaurants.

In the initial phase restaurants at Bhubaneswar, Puri and Sambalpur will be launched, and three Food-on-Wheel mobile vans will be deployed in Bhubaneswar and Puri under this initiative, a senior official said.

Addressing the concluding ceremony of the superbike rally, State Tourism Minister Jyoti Prakash Panigrahi spoke about the recent initiatives of the Tourism Department and the strategy to promote different tourist destinations by preparing master plans.

Panigrahi stressed the importance of tourist safety while focusing on revival of the tourism sector in post-pandemic times. The Minister said that the promotion of Odia cuisine is much warranted since this aspect of Odia culture has so far been largely unexplored. He hoped to build informal brand ambassadors of Odisha tourism through the “Odisha By Road” campaign.

The Odisha Forest and Environment Department announced on the occasion that as many as 42 ecotour destinations, managed by more than 600 forest dependent community members will open for public from October 1. This initiative is aimed to ensure livelihood to forest fringe communities.

The Puri district administration shared the journey of the ‘Mo Beach’ initiative that has made the beaches in the holy town cleaner and tourist-friendly.

“We’ll continue to work towards meeting sustainability challenges with people’s continued cooperation,” the district administration said in a tweet.

“Odisha is blessed with hundreds of unexplored natural landscapes, heritage & ancient monuments. When you travel, #OSRTC is at your service to take you to the places,” said OSRTC in a tweet.

The State Tourism organised webinar on `Future of Travel & Tourism & Strategies to revitalise the Industry’ during the times of COVID-19 in the afternoon to mark the World Tourism Day.

Apart from Department officials of the State Tourism Department, several experts on tourism and travel and entrepreneurs took part and gave suggestions to highlight the State’s tourism potential that would help revive the sector in the days to come.

Stating that “tourism has a soft power of making your soul alive in true sense”, OTDC Chairman Sreemayee Sweta Snigdha Mishra expressed hope that the `Odisha By Road’ and Bana Bhoji initiatives will attract many nature lovers and help revive the tourism sector.